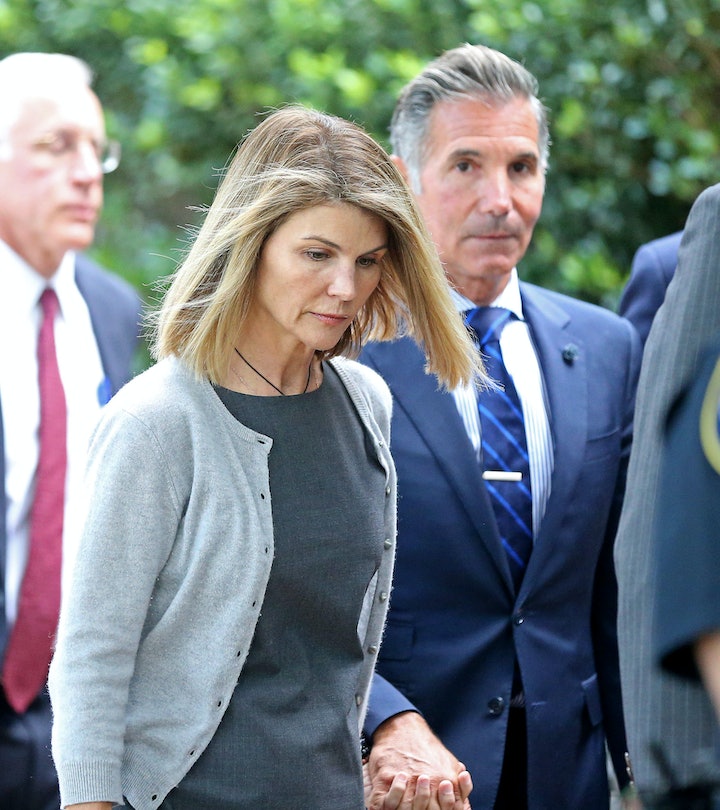 The Full House alum paid $500,000 to have her two daughters falsely designated recruits of the University of Southern California's crew team, despite them having never participated in the sport.

Full House's Aunt Becky will be celebrating the New Year as a free woman. On Monday, Lori Loughlin was released from federal prison after serving a two-month sentence for her role in a college admissions scandal that rocked the nation earlier this year. Although officially out of prison, Loughlin's sentence isn't completely behind her. The actor must still serve two years of supervised release, pay a hefty fine, and fulfill a set number of community service hours.

A prison spokesperson has confirmed Loughlin was released Monday from The Federal Correctional Institution, Dublin in Dublin, California. "She is no longer in the custody of the Bureau of Prisons," Yahoo Entertainment reported FCI spokesperson Sally Swart said in a statement "For privacy, safety, and security reasons, we cannot discuss release plans for any inmate."

At the time of her sentencing, Loughlin told a judge she'd thought she was "acting out of love" when she schemed to get her daughters admitted to the University of Southern California under false pretenses. "I made an awful decision and went along with a plan to give my daughters an unfair advantage in the college admissions process," People reported Loughlin said in August. "In doing so, I ignored my intuition and allowed myself to be swayed from my moral compass."

"I thought I was acting out of love for my children, but in reality it only undermined and diminished my daughters’ abilities and accomplishments," she continued.