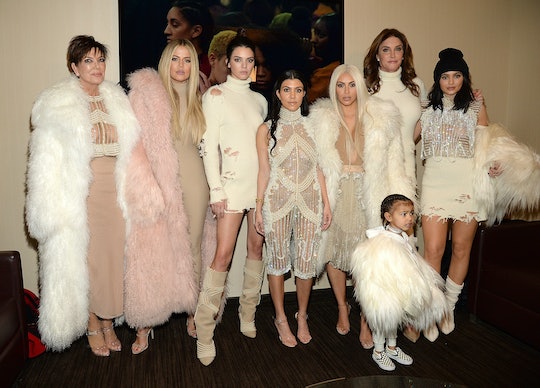 The Kardashians Are Working With Hulu On A New Reality Series

After what feels like a lifetime of watching the famous brood on E!'s Keeping Up With The Kardashians, a show that will soon come to an end, have no fear. Announced this week, the Kardashians will have another reality series coming out next year. And this time, you can find them exclusively on Hulu.

During Disney's Investor Day on Dec. 10, the company announced that the Kardashian-Jenner family has signed a multi-year deal to "create new global content" to "stream exclusively" on Hulu starting in 2021. Family matriarch Kris Jenner confirmed the news on Twitter, writing: "Excited to announce our new multi-year partnership with Hulu and Star and what’s to come in 2021." Kourtney and Khloe Kardashian also commented on the deal by posting a photo of text that simply said "Hulu 2021" on social media.

The news comes roughly three months after the family announced they will be ending their run on their E! reality series, Keeping Up With The Kardashians. "To our amazing fans — It is with heavy hearts that we’ve made the difficult decision as a family to say goodbye to Keeping Up with the Kardashians," Kim Kardashian said in a statement shared on Instagram at the time. "After what will be 14 years, 20 seasons, hundreds of episodes and numerous spin-off shows, we are beyond grateful to all of you who’ve watched us for all of these years – through the good times, the bad times, the happiness, the tears, and the many relationships and children. We’ll forever cherish the wonderful memories and countless people we’ve met along the way."

Keeping Up With The Kardashians, which first premiered in 2006, will air its final season on E! early next year.

While specific details of the Kardashians' deal with Hulu haven't been revealed just yet, Entertainment Tonight has reported that it includes "a new reality series."

Does that mean each sister get a spin-off? Or will North, Saint, Chicago, and Psalm West be the stars of their own show? Time will only tell and, fortunately, 2021 isn't too far away.