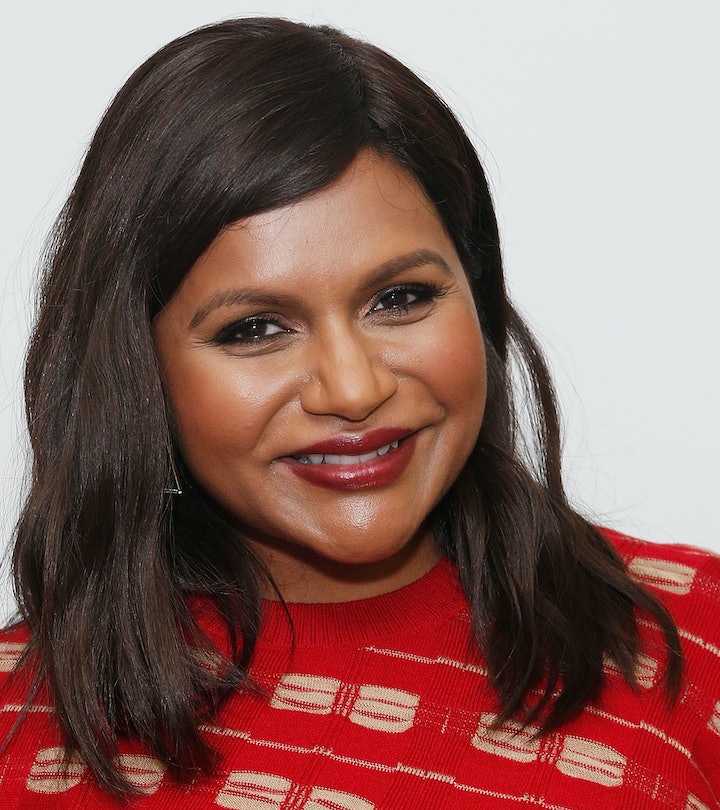 Like so many new moms, Mindy Kaling's maternity jeans may become a permanent staple in her wardrobe. I mean, who wouldn't want to wear these incredibly comfortable pants forever? But not just wear; "rock" them as Kaling did in a cute little video on Instagram.

Kaling gave birth to her second child, baby boy Spencer, back in September under a seriously impressive shroud of secrecy. Nobody knew the actress was pregnant, as she told Stephen Colbert when she made the announcement herself on his talk show in October, despite the fact that she was photographed by paparazzi during her pregnancy. Personally, I give her maternity jeans all the credit for protecting her secret.

Maternity jeans really are a pregnant woman's best friend, with their elasticized waist and hip panels giving a woman room to breathe. But, as Kaling noted in an Instagram post on Tuesday, the friendship doesn't have to end just because you gave birth. She shared a clip of herself dancing in maternity jeans and a sweater with the caption, "Here’s to still rocking maternity jeans."

Supportive friendships like these can, and should, last a lifetime.

Several other moms commented on Kaling's post that they were still happily rocking their maternity jeans as well, with one woman asking the question, "Is there a time limit on wearing these? Asking for a friend. Gotta run - need to pick up my kid from high school...." In answer to that poster's question about whether or not there is a time limit to wearing maternity jeans, it seems the answer favored by moms is a resounding "no." Another noted, "Still rocking mine. 14 years later," while still another woman pointed out that giving birth is not a prerequisite for maternity jeans and is, in fact, optional, "Im in maternity jeans and I have not even had a kid. So comfy."

Such a good point. Comfortable, good looking jeans are not only the providence of pregnant women. Mindy Kaling looks like she's having the time of her life in her maternity jeans. Dancing and smiling and looking confident and comfortable. What more could you possibly want from a pair of jeans?