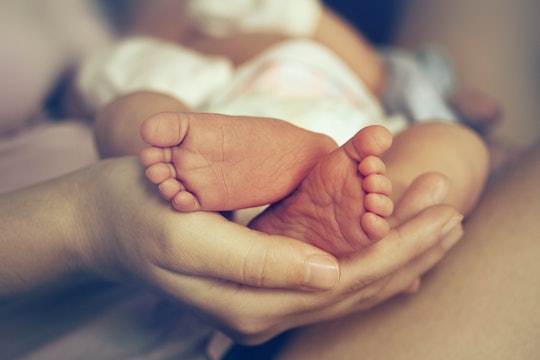 11 Things I Wish I Knew When I Started Attachment Parenting

When I was first pregnant, I thought reading about parenting techniques was ridiculous. After a while, though, I started doing my research and noticed that I had, without intending to do so, adopted a plan to attachment parent. While this did sound appealing at first, when I was pregnant and though deciding how you want to parent was just "ridiculous," there are definitely some things I wish I knew before starting attachment parenting.

Attachment parenting (AP) is a parenting style all about developing a strong and healthy bond between parent and baby. It usually and consistently involves compassionate care giving, and while that might mean different things to different people, with attachment parenting it’s all about putting your kid first, sleeping close to them, feeding them when they want, and facilitating as much physical contact as possible.

My son was born with complications (persistent pulmonary hypertension to be exact), and his lengthy NICU stay made my attachment parenting plans more difficult than anticipated. My son was too sick to be carried in a the Moby wrap I’d gotten at my baby shower. The hospital staff would not allow me to feed him on demand, and it complicated my breastfeeding plans as well. While I did frequently sleep on a pull-out couch in his hospital room, we didn’t get to co-sleep the way I’d preferred until he was a bit over 2 months old. Still, regardless of all these hardships, I was able to attachment parent and, well, there were things I wish I would have known when it all started. Come to think of it, even if that hadn’t been the situation, there still would’ve been things about attachment parenting that I wasn’t expecting.