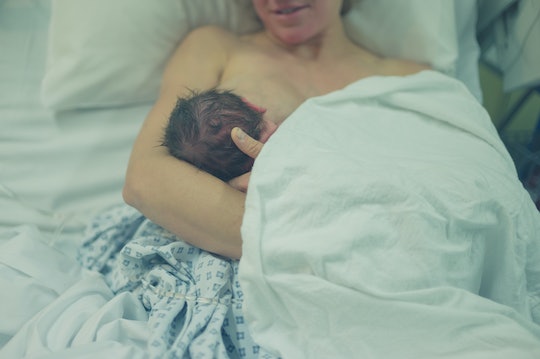 What Your Nipples Want To Say To You When You're Breastfeeding

Even if someone has an easy time breastfeeding, I don't think I know anyone who didn't experience a significant learning curve in that first week at least (usually much longer). Some say that pregnancy and the postpartum period is a time to really listen to your body. If you're breastfeeding, it would stand to reason that you should listen to your breasts and nipples. However, the things my nipples would have said to me in the first week of breastfeeding might have been hard to hear at times. After all, they were raw, angry, and insistent. They never let me forget they were there. They were ever-present; every time I turned around I was confronted with my sore, leaky nipples. You'd think I'd be tired of them, and yet I never stopped loving and appreciating the excellent work they were doing.

As such, I believe my nipples would speak to me in the voice of Samuel L. Jackson. With nearly 170 credits to his name in over 45 years (that's almost 4 films a year, on average), he too is pervasive and hardworking. And, like the nipples of a breastfeeding parent, Mr. Jackson and the characters he plays possess an effortless and awe-inspiring competence to the point of excellence in whatever he has dedicated himself to. He just always seems to know WTF he's doing.

Also I really, really want to imagine my nipples talking like Samuel L. Jackson, because it makes my giggle.

What did my nipples say to me in that first trying week of feeding my baby? A lot, and it was some tough motherf***ing love...