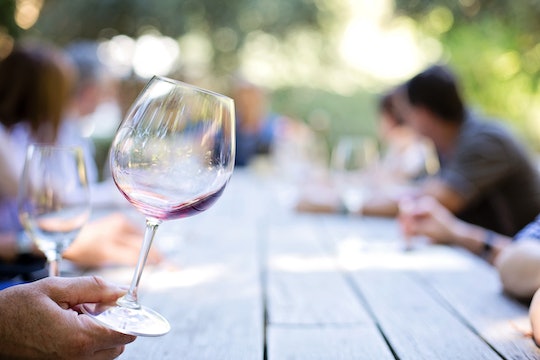 Since my son was born in the spring of 2014, I have cut way, way down on drinking. It’s not that I don’t enjoy the occasional adult beverage, or that I have anything against alcohol, it’s just that the circumstances haven’t really allowed for it. You'd think that this would be problematic for someone who lives near an unspeakably high number of wineries and breweries, but it's not the worst thing in the world. Booze is great, but there are plenty of other options for stress relief for moms. (I know, try to contain your shock.)

In the early weeks, I was simply too tired and nursing too regularly to get my drink on in any capacity. In the later weeks…well, actually the whole tired/nursing thing was the situation for pretty much his entire first year. I was able to take sips of drinks my partner had, if the nursing schedule gave me room for it, but that was about it. And right around the time I started to get comfortable with the idea of pouring my own glass of wine after my son was down for the night, or of meeting some friends for happy hour, I was prescribed a medication that doesn’t mix well with alcohol.

Well, damn, I thought. And so here we are, months have gone by now and I'm getting kind of used to it. Do I miss it? Sometimes. I used to enjoy a glass of wine pretty regularly after work when I held office jobs. But have I found plenty of other things to do that take the edge off? Yes! And, funny you should ask, because here is a handy list: