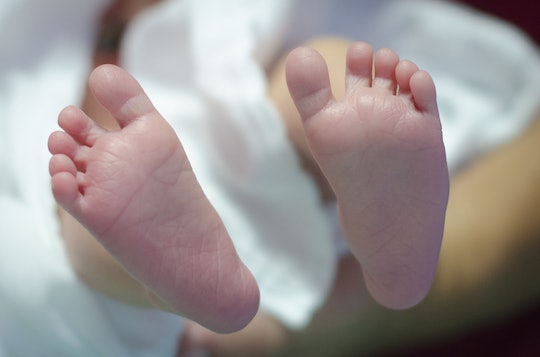 When late-night host Jimmy Kimmel shared the story of his son's birth and subsequent open-heart surgery on Monday night, he had an important motive: he wanted his viewers to know that if the Affordable Care Act is repealed, babies with pre-existing conditions may be charged more for heath care, perhaps so much more that their parents can't afford coverage at all. The ACA mandates that pre-existing conditions may not be considered when a patient applies for coverage. They can't be denied, or charged a higher premium. But without that rule, kids like Kimmel's newborn, Billy, might not survive.

The specifics of the new bill are actually more complicated than Kimmel made them out to be. First of all, it only applies to individual coverage, so babies whose parents have group insurance through their employers won't be affected. Secondly, states would need to apply for a waiver in order to charge a higher premium to those with pre-existing conditions, and some states already have their own laws banning such practices. And lastly, the up-charge could only be applied to patients whose coverage had recently lapsed. But it's not hard to imagine a scenario wherein a self-employed parent of a sick newborn couldn't afford to pay their insurance premium for a couple of months.

For some, the most bewildering part of the story is the idea that a baby could even have a pre-existing condition. But a child can be born with medical problems, and even if their parents call the insurance agent the moment their baby takes that first breath, that's still after the condition existed. And pre-existing conditions in babies are more common than you might think.

In 2004, an Arizona woman was denied coverage for her newborn daughter because she was born with a closed tear duct, just like 6 percent of all babies. The condition generally resolves on its own without medical intervention. She eventually found coverage through another insurance company, but when the baby was later diagnosed with a a rare condition that caused her skull to grow abnormally, the new company wouldn't pay for surgery, because that condition was also pre-existing.

How many babies do you know that don't spit up occasionally? Half of all infants spit up multiple times a day. In many cases, it develops into gastroesophageal reflux disease, or GERD, which can be painful and prevent feeding. Two-thirds of 4-month-olds and 10 percent of 1-year-olds have GERD symptoms. It's generally not a huge deal, unless they apply for insurance.

Congenital heart defects are the most common birth defect, affecting 8 out of every 1,000 newborns. Some are mild, and go undetected until later in life, while others, like Billy Kimmel's tetralogy of Fallot with pulmonary atresia, require immediate surgery, and may need followup care throughout the child's lifetime. In 2010, a Texas boy was born with d-transposition of the great arteries and needed surgery within days. His insurance application was denied on the very day that President Obama signed the ACA into law (it didn't take effect until six months later).

In the interest of not subjecting you to seeing the words "undescended testicle" in big, bold font, I used the technical term up there. But it happens to 3 percent of full-term and 30 percent of premature baby boys. It can resolve on its own, or it might require surgery.

In 2009, a South Carolina boy was born three months early, weighing just 1 pound, 8 ounces, and requiring extensive care. He was covered by his mother's group plan at the time, but a few months later, her employer canceled the plan for the whole company. She attempted to enroll her infant in an individual plan, but he was denied because he didn’t reach height and weight requirements.

The House of Representatives has passed the new health care bill, and it will now go to the Senate. Here's how to contact your senator.

More Like This
"Crybaby Ambulance" In Europe Will Help Exhausted Parents
How Hot Is Too Hot For Babies? Experts Weigh In
Banana Boat Sunscreen Has Recalled Products That Were Found To Contain Benzene
New York Can End Religious Exemptions to Vaccine Mandates, Says A Federal Appeals Court