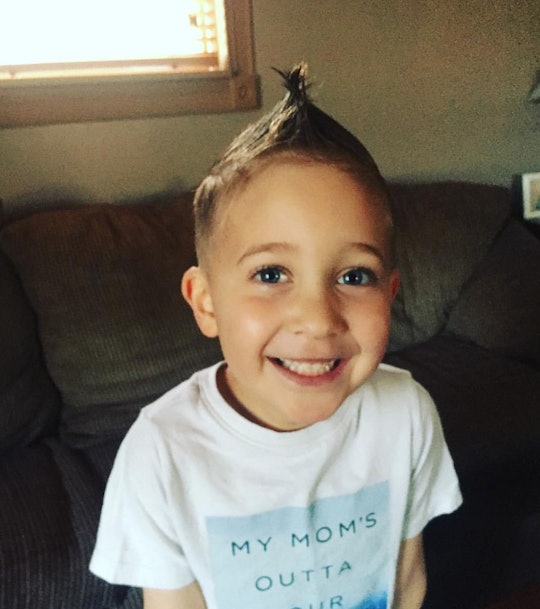 My 5-year-old son is considered a "rainbow" baby, meaning he was delivered after previous miscarriages and survived. While he's special enough in his own right, knowing he's a rainbow adds a little something extra to our relationship. Maybe it's because I wished so deeply for him, or maybe it's because of everything I went through to actually have him. Regardless, there are things I thought I had to do because I had a rainbow baby that, once he was here, didn't matter as much as I had assumed.

The day my son was born, my daughter celebrated her 5th birthday. While the following statement is probably a true testament to how my Obsessive Compulsive Disorder (OCD) rules literally everything in my life, it was an odd day. My pain medication didn't work and labor, which had already been going from induction over a day prior, lasted well into the evening. Long before delivery, my son and I went on quite the journey. From the threatened abortion the doctors labeled him upon the first positive pregnancy test, to the day I was induced due to leaking amniotic fluid, his pregnancy was anything but "easy." With the two miscarriages and fertility issues I faced prior, I thought I'd never get to meet my sweet boy. Needless to say, aside from our near death experience when the umbilical cord snapped, his birth was a very special day.

Even still, I had all these assumptions about what I was supposed to do just because he's a rainbow baby. Now that he's older, I see the only thing I really had to do was love and appreciate the gift he is, and all he's given me by simply being alive.