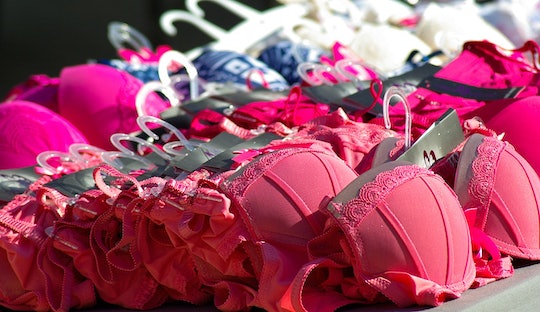 Ever since female mammals developed breasts, there've been concerns as to how to deal with them. Though breasts have become sexualized in modern culture, they're really just a part of your body that, for some, is capable of producing milk at some point. You would think that since breasts are a universal trait in all mammals, it wouldn't be so hard find accomodations ample figures. Yet, plenty of my more well-endowed friends have told me of their countless struggles with finding comfortable ways to support their breasts. They're always on the lookout for bra buying tips for large chested women.

Whether you're looking for something sexy for a special night, a functional fit for athletic endeavours, or you just want to have a couple of comfortable go-to options when you're not really feeling like getting out of bed, it comes in handy to have some bra buying hacks in your skill set. Sure, people say that employees at stores which sell a wide array of undergarments are supposed to be knowledgable in that arena, but you and I both know that's not always the case.

So if you're still fighting with straps that dig in to your shoulders, fabric that isn't doing you any favors, or any other brassiere-related struggles, then check out these top tips for buying bras as a large chested woman.