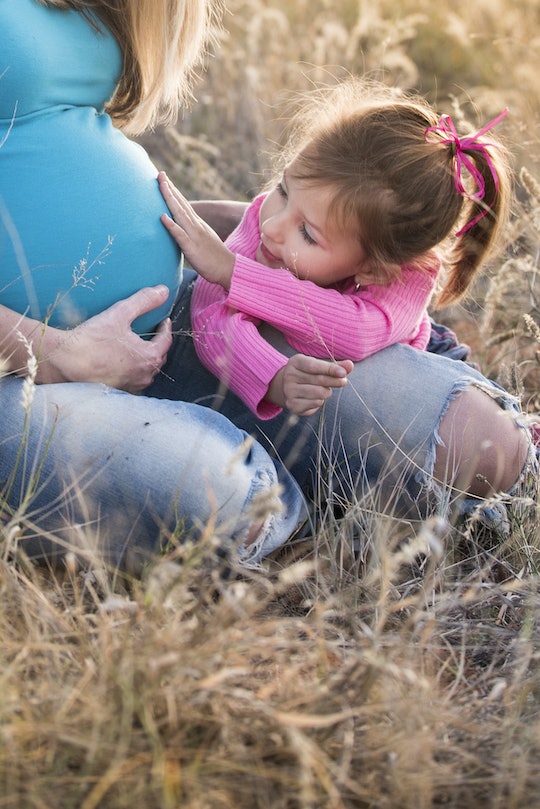 My Second Pregnancy Is Making Me Miss My First

I’m currently in the throes of my second pregnancy and, I have to admit, I like how the whole thing isn't shrouded in mystery this time around. I’ve been through all three trimesters, I’ve been through labor and delivery, and I’ve experienced the life-changing, world-upside-down, overwhelming experience of bringing home a newborn. That’s not to say there aren’t a few different things about a second pregnancy that will make you miss your first, though. Because, well, there are.

Granted, that’s not to say I’d rather be back in my first pregnancy, but it did come with a few perks that the second pregnancy doesn’t (and third and fourth and all subsequent pregnancies, I’d imagine, although I don’t know for certain). If anyone is in a third or fourth or subsequent pregnancy, feel free to let me know. Although, I’ll definitely understand if you don’t, I imagine you’re pretty busy and tired and performing heroic feats of strength on a daily basis just by living your normal life.

Perhaps there are some out there who feel differently, but as someone who is not a fan of surprises, I’m much more comfortable now that I have an idea of what’s to come (although, every pregnancy is different, as doctors and internet discussion boards will surely confirm). Still, in keeping with the whole "take the good with the bad" thing, there are a few not-so-fantastics parts of this second pregnancy, that make me miss the first:

More Like This
All Your Questions About Getting Pregnant After A Tummy Tuck Answered
Ashley Graham On The “Fun, Organized Chaos” Of Raising Twins
These Stepmother's Day Instagram Captions Are Straight From The Heart
Stepmom Quotes & Sayings For Every Occasion