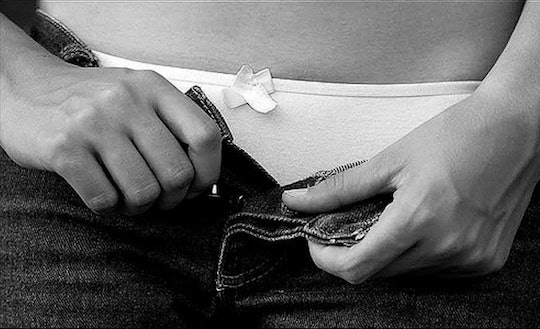 Life is busy. The last thing any woman wants is to run off to her OB-GYN every time something is a little "off" down there. But there are several vaginal symptoms you should never ignore. As a general rule of thumb, my doctor told me every woman should know how long her periods usually last and how heavy they are. She also encouraged me to keep track of my vaginal discharge—from cervical mucus to milky discharge. The more you know about your body and its processes, the easier it is to tell when something's wrong.

One of the most serious health conditions is gynecologic cancer, and what's scary is that the symptoms are often ignored. Cynthia Gelb, a health communication specialist at the Centers for Disease Control and Prevention, told Live Science that "the earlier that gynecologic cancers are found and treated, the more effective treatment can be." There were almost 90,000 cases of gynecological cancers diagnosed in the Unites States in 2012, according to Live Science. About half of those cases were cervical cancer, and one third of the cases were ovarian cancer, the most potentially fatal of the gynecological cancers. So if in doubt, pay your OB-GYN a visit if you experience any of the following vaginal symptoms.