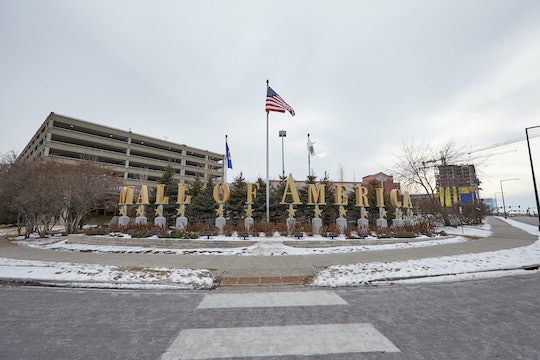 Authorities said on Saturday that a 5-year-old boy was reportedly thrown from a balcony at a Minnesota mall on Friday and that he's alive and receiving medical care. Bloomington police Chief Jeffrey Potts said during a news conference on Saturday that the boy, whose name has not been released due to privacy concerns, fell nearly 40 feet at the Mall of America early Friday morning and left the scene with life-threatening injuries. Potts asked for thoughts and prayers on behalf of the family.

The suspect was seen fleeing the scene immediately after the assault. He was then quickly arrested at the transit station at the Mall of America and transported to the Hennepin County Jail, where he is now being held on charges for attempted homicide.

The suspect, who reportedly has no previous connections to either the victim or the victim’s family, has had prior incidents in Bloomington and had received a trespass notice that banned him from the mall, as CNN reported. The trespass notice period had expired by the time of the latest incident involving the little boy.

In July 2015, he was allegedly seen throwing an object off of the third level of the mall, after which he was reportedly uncooperative with officers and was arrested. At the time, the suspect was held for three charges — including disorderly conduct and damage to property.

The Bloomington Police Department declined to comment directly, but passed along a link to a news release from the Hennepin County Attorney's office.

Romper reached out to the Mall of America and is awaiting a response.

"This is a horrific situation," Potts said at the news conference. "When you add in the element that this is a 5-year-old child, it makes it very, very difficult for everyone involved."

Now, the parents of the child are hopeful for a full recovery. However, the boy’s exact condition, outside of the fact that he is alive and receiving care, is unknown.

A GoFundMe page to help the family has reportedly been established by a family friend, as per INSIDER.

The Mall of America, located in Bloomington, Minnesota about 11 miles south of Minneapolis, opened in 1992 and has grown to accommodate over 520 stores, according to the Associated Press. According to the mall’s website, it is visited by 40 million people each year and generates nearly $2 billion annually. It's a big tourist stop in the Minneapolis area, as it also houses a number of fun attractions, and hosts many events each year.

The 4.2-million-square-foot mall has seen some occasional crime in the past, the Associated Press reported, per ABC News. The Bloomington police department says that the mall has a number of working security cameras that were helpful during the case and the mall’s website notes that it has tight security, including a "nationally recognized department" that includes nearly 200 trained individuals on staff.

The mall’s website even includes security guidelines that all visitors must follow and says that some visitors may be subject to interview.

Now, Potts stressed that he believes the mall continues to be safe, but added that it is important for parents of young children to stay vigilant and aware of their surroundings at all times. Authorities are encouraging the public to always keep an eye out for any suspicious activity and to report anyone or anything out of the ordinary.

Hopefully the little boy will heal quickly and completely.

Editor's Note: This post has been updated with a link to the news release from the Hennepin County Attorney's office.