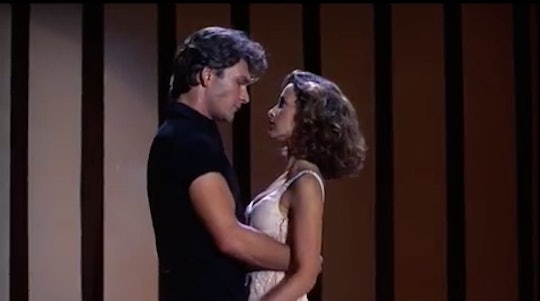 It's official: ABC is moving forward with a Dirty Dancing remake starring Abigail Breslin, and we want to know if it's too late to audition for backup dancer #117. You may remember Breslin as Olive in Little Miss Sunshine, but she'll ditch the big glasses and up her dance moves for this role — big time.

Since the 1987 original starring the inimitable Patrick Swayze and the lovely Jennifer Grey, no remake has been able to capture audiences the same way or make us care about not putting "Baby in a corner" like Swayze did. Dirty Dancing: Havana Nights reimagined the story in Cuba, and while it sounds like an interesting idea, the reality fell short. In 1988, a TV version starring Patrick Cassidy and Melora Hardin had a short, uneventful run, and other than that, no one has come close.

Unlike the original, this latest resurrection will be a musical, and ABC has assembled an amazing team to make it a success: Andy Blankenbuehler, of Hamilton fame, will choreograph the show; Adam Anders and Peer Astrom of Glee will be behind the music; Jessica Sharzer, the genius behind The L Word, is writing the script; and one of its producers, Eleanor Bergstein, was the woman who wrote the screenplay for the original movie. Despite being up against a bad history of bad remakes, they seem more than qualified to finally bring us a good Dirty Dancing.

Thank goodness — because it's been long enough!

This made-for-TV musical is following in the footsteps of NBC's special showing of The Wiz Live!, which reached 11.5 million viewers. The difference between this show and that one is the live component: Dirty Dancing won't be filmed in front of a live audience like The Wiz, but you can bet it will try to capture all the magic of the original and sprinkle it with some catchy tunes.

The Internet, of course, had tons of feelings:

And though fans are totally committed to the original, let's give this made-for-TV try a chance!