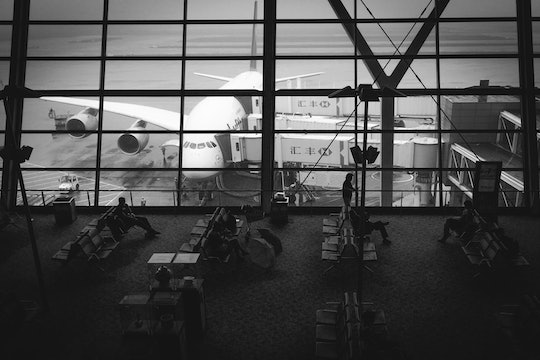 Airports Are Opening Quiet Rooms For Kids With Autism

Traveling can be overwhelming for just about everyone. Air travel can particularly be a little chaotic — and it all starts in the airport. Between the lines, the sounds, and the waiting around, airports might likely be one of the least calming places on earth. Traveling with children, especially those with developmental challenges, can make this particularly stressful — but thanks in part to some airports, it no longer has to be. According to ABC News, airports are opening quiet rooms for kids with autism and others with neurodevelopmental challenges and it is awesome, for anxious parents and their children, everywhere.

Shannon Airport, located in southwest Ireland is the most recent airport to open up one of these rooms for children and adults who need a soothing place of refuge. The room opened in time for World Autism Day, which occurred earlier in April. The room is designed to be relaxing, according to ABC News, and features things like a "wavy wall" and color changing lights. In part of the effort to be more accommodating to those with autism, the Shannon Airport also has caps and wristbands available to travelers with autism and special needs — allowing them to be immediately identified by airport staff and get assistance if they need any. This is absolutely awesome.

But parents don't have to travel to Ireland just to experience this type of room. In fact, according to ABC News, there are two airports in the United States — in Myrtle Beach, South Carolina and Atlanta, Georgia — with these types of rooms for people with autism.

At the Hartsfield-Jackson International Airport in Atlanta, people with developmental disabilities can take a break in a soothing, soft blue colored room "designed to meet the sensory needs" of those with autism, according to WABE 90.1. This room is incredibly helpful for both children and adults with autism or those traveling with them — especially since the Hartsfield-Jackson International Airport was host to more than 7 million travelers in the month of January and is ranked as one of the busiest airports in the world. In Myrtle Beach, a small quiet room in baggage claim features a "haven" of pillows and cushioned cubicles for those who need some quiet time after the chaos of their flight.

It's absolutely awesome that airports are opening up these rooms for travelers with autism — and more airports need to follow suit.