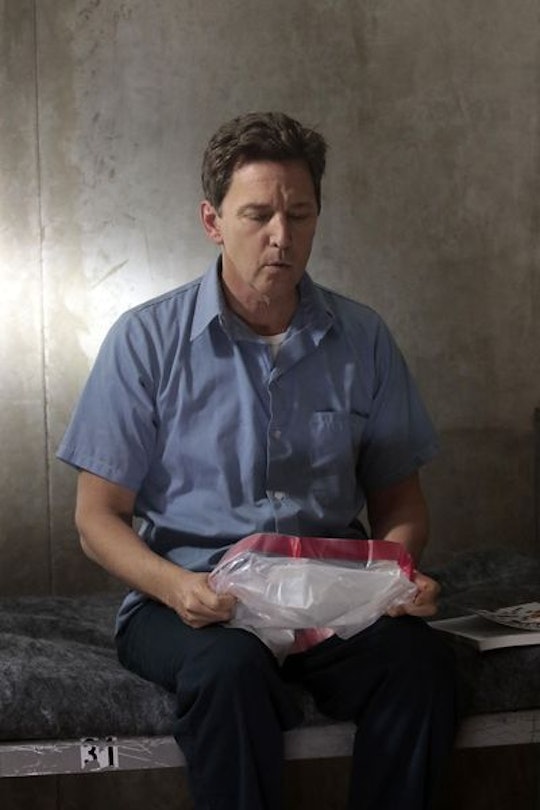 Are Doug & Hank Working Together On 'The Family'? They Are Connected

We've known that there are multiple "bad guys" on The Family, but Sunday's episode revealed that both Hank and Doug might be in cahoots, and it wouldn't be that surprising. Even though Hank was "cleared" of his charges of killing Adam, it's always been pretty suspicious why he confessed in the first place. Then there's Doug, a.k.a., the pock man, who we know was the abductor 10 years ago. As we learned in the Sunday's episode, it appears that Hank and Doug might be working together on The Family, which actually makes sense — and finally connects the dots.

Hank — the neighbor of the Warrens and the man who went to jail for "killing Adam" — has never felt innocent to me. In fact, it seems like he almost gave away something when he said "Remember me? I'm the guy that killed you," when "Adam" returned to the family home. He's a known sexual offender, but is he a murderer? Well, he might not have done the actual killing, but he and Doug's paths have crossed before, making it a total possibility that they're might be working together.

It's very known that Doug is the abductor and the reason the real Adam died (well, he didn't kill him directly, Adam got sick, but he also wasn't able to get medical care). Doug's longtime-girlfriend, Jane, just got in on the murder action when she killed Agent Clements on Sunday's episode to protect Doug's secret of abducting children (that she clearly knew he had a habit of doing). But how does that connect Hank and Doug?

As it turns out, Doug did some work on Hank's mother's home. He worked on the cabinets, which places Doug at the Warren family home, sort of. If Doug was lurking around the neighborhood, he could very well have seen Adam and locked-in on him in a predatory way. He then could have gone out of his way to find Adam at his mom's outdoor event, which would have led to the abduction.

The other possibility is that Hank and Doug had some type of deal in place, although that seems like a bit of a stretch. Regardless, the two are now officially connected. It's just a matter of time until we know what capacity they know each other.