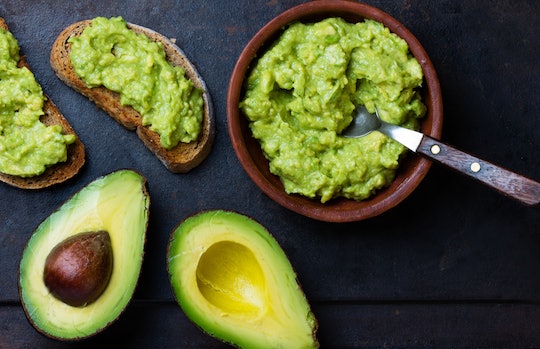 If you were looking forward to some delicious avocado toast or guacamole, you may want to check your produce first. That's because, as CNN reported, avocados have been recalled due to listeria concerns in several states. Over the weekend, Henry Avocado Corporation announced that after discovering the possible risk, the company is voluntarily recalling its California-grown avocados "out of an abundance of caution."

Henry Avocado Corporation announced in a statement that it's recalling avocados in six states "due to positive test results on environmental samples taken during a routine government inspection at its California packing facility." The company also noted that no illnesses have been reported.

Phil Henry, the president of the family-owned company, said Henry Avocado Corporation is “taking every action possible to ensure the safety of the consumers who eat our avocados.” As such, the company is contacting retailers to immediately remove these products from the shelves and noted that the products can be identified by the bar codes on the stickers.

The California-grown products, both conventional and organic, were packaged at Henry Avocado’s packing facility in the same state and were then then, according to the recall statement, distributed to six states — Arizona, California, Florida, New Hampshire, North Carolina, and Wisconsin — across the country.

If you've already purchased a potentially affected avocado, consumers can identify the conventional recalled products by their “Bravocado” stickers, while the organic products are labeled as such and include “California” on the sticker.

The company also noted that its avocados imported from Mexico and then distributed by Henry Avocado were not subject to the recall and are still safe to consume.

Henry Avocado Corporation did not immediately return Romper’s request for further comment on the company’s recall.

If you find that you have already purchased the recalled avocados, the company is urging consumers to throw them away or return them to the place of purchase for a full refund. If you have any additional questions, you can contact Henry Avocado directly at 760- 745-6632 (ext 132).

Recalls involving a risk of listeria — or listeria monocytogenes — are especially concerning for pregnant women and children because the bacteria can cause miscarriage, stillbirth, and premature delivery, according to the Centers for Disease Control and Prevention (CDC). Listeria can also cause a life-threatening infection in newborns, according to the CDC, and pregnant women typically experience fever and additional flu-like symptoms including fatigue and muscle aches.

Young children, pregnant women, elderly individuals, and those with weakened immune systems are at a greater risk for serious or fatal listeria infection, according to the Food and Drug Administration. Otherwise healthy individuals, if infected, may experience short-term symptoms such as high fever, sever headache, confusion, loss of balance, neck stiffness, nausea, abdominal pain, and diarrhea, according to the CDC. Of course, if you or your child are experiencing any of these symptoms, contact your health care provider immediately.

If you're worried about possible listeria contamination in your avocados and you live in any of the six states included in the recall, be sure to take a look at your produce ASAP and double-check those labels.