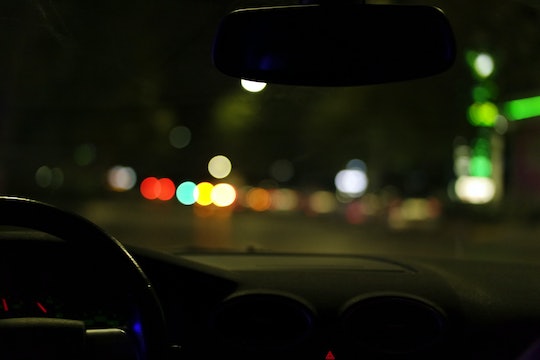 During the holiday season, nothing is more heartwarming than stories of survival — the stories of those who refuse to give up hope, even in the darkest and hardest of times. It is particularly heartwarming when those who live to tell the tale are the smallest among us, and first responders can attest that these stories often act as inspiring miracles, propelling them and the rest of humanity to keep going. One of these little miracles happened on Friday night in Arkansas, after a baby ejected from a car was found alive in a storm drain, almost "waiting" for rescuers, as one official put it later.

The story itself is almost too outlandish to believe: It started in Texarkana, Arkansas on Friday evening around 7 p.m. local time. The car the baby was traveling in, which was in was headed eastbound on Interstate 30, according to KSLA News 12, was clipped by an 18-wheeler truck trying to change lanes, which then caused the accident to occur. The four other family members in the vehicle were rushed to a nearby hospital, and later released (the driver is reportedly still recovering, according to KSLA), but the baby had been ejected and rescuers initially could not find her.

A short while later, a noise came from the drainage grate in the middle of the median on the highway, 25 feet from the road — and much to the rescuers' shock, sitting down inside of that drainage grate was the ejected 8-month-old infant girl.

According to KSLA News, the first responders removed the hay covering the drainage grate to find the infant.

"The baby ... was sitting up and looking up at us, waiting for us to pull her out," Texarkana firefighter Josh Moore told KSLA News. According to Moore, the baby was not crying or upset, just "waiting" patiently with her hands up ready for someone to pick her up, perhaps knowing that everything was going to be alright — even after surviving such a traumatic event just minutes prior. The infant was taken from the scene with only a few scratches on her forehead, according to the New York Daily News, and was not in distress.

According to Fox News, police later found that the "car seat for the child was improperly installed and the baby was not restrained in the seat." This serves as an important reminder that there are a few extra safety measures that parents and family can take when driving around with infants in car seats this holiday season, so that if an accident were to occur, everyone in the car would be okay.

Whatever the case, the 8-month-old's survival served as the feel-good moment that many needed so close to the holidays, and so early after the close of a tumultuous election cycle. "So many times we go out and things aren't okay," Fire Capt. Charlie Smith told KSLA. "And just during the holidays here to have a positive feels good."