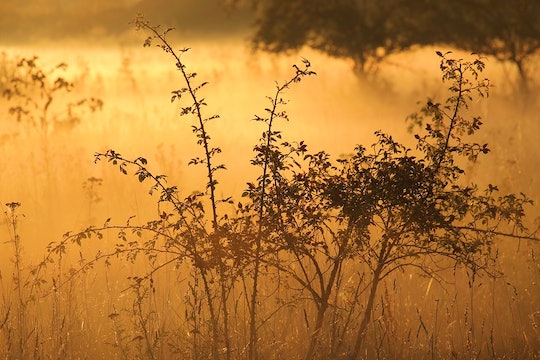 She was just five-years-old when she was first diagnosed with cancer. Here is the list of what five-year-olds should have to worry about; nothing. Their minds are meant to be full of only good things, of kindergarten friends and jumping in puddles and maybe candy. Not for this little five-year-old back in 2014. Two years have passed since then. Now that little girl is seven-years-old and still battling cancer. She has had two years to grow up and hopefully beat her diagnosis. But instead of giving up hope, 7-year-old Ava Bright Lee is asking the world for one thing to help her survive; prayers.

In February of 2014, Ava Bright Lee was diagnosed with biphenotypic leukemia, an uncommon type of leukemia that is a mixture of two acute leukemias, myeloid and lymphoblastic. While this difficult cancer doesn't generally have a good prognosis, after going through radiation, bone marrow transplants, and chemotherapy, Ava went into remission. Her family rejoiced. There was hope for the future. I think about how her parents must have felt, an indescribable relief. Unfortunately, in October of 2015 Ava had a relapse. She was diagnosed with leaukemia cutis, an infiltration of the skin with leukemia cells which caused tumors throughout Ava's whole body. Her family was hit with the devastating news that their daughter had three to 12 months to live. That was a year ago. Now, as the fierce little girl continues her battle to survive, her family has shared a Facebook post asking for one simple thing; prayers.

In the video created on Nov. 2, Ava said that she was getting ready to go for her PET scan and in her sweet little voice she asks, "I was wondering if you could pray for me?" As her mother, Esther Lee, explained on Facebook:

Our doctors came in this morning to tell us that Ava will be getting a PET scan tomorrow at noon. The final decision for transplant will be dependent on the results from those scans. If there are any tumors in her body, transplant will officially be off the table and we will take Ava home on palliative measures immediately.

If there is no evidence of disease, we may very well be on our way to transplant starting as early as next week.

The family and most especially Ava were looking to get some encouragement in the form of prayer, and received an overwhelming response. The video was viewed over 150,000 times, and the responses started coming in from around the country and beyond.

Facebook User Su Wang wrote: New Providence, NJ. Gods providence is with you. You have done more to inspire people around the world more than most of us ever will!

While User Carolyn Barnette said: Praying for you tonight in Olathe, Kansas!

People sent prayers from Texas, Alabama, London, England, and even as far as Cambodia.

And those prayers appear to have worked for Ava and her family; as mom Esther Lee wrote one day after the scan on Facebook:

Looks like we are headed to transplant in the next few weeks! The doctors talked to us today about how this is just the first step in the process. Remember that 5-10% chance of survival? Those are still our odds. We should celebrate in measure.

It's easy enough to be cynical about the internet and social media. But it's stories like this, a little girl who simply wanted prayers and had her request answered in spades, that remind us we are all part of this human experience.

Thank you to the Lee family for allowing Romper to share their story.