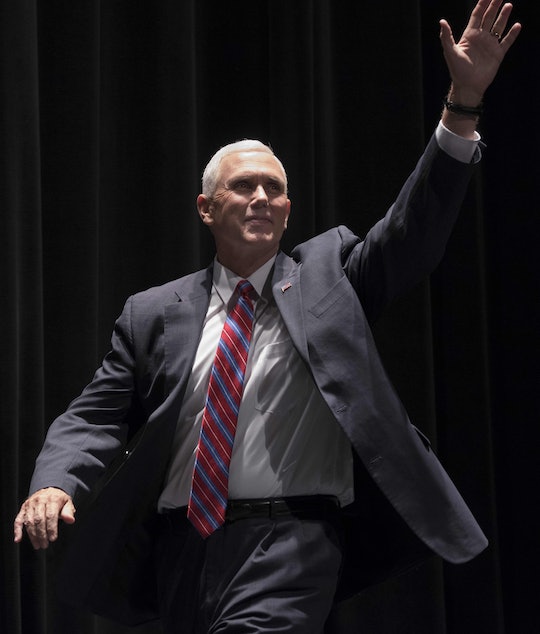 Can You Stream The First Vice Presidential Debate? Both VP Noms Are Making It A Must-See

NBC News, The Washington Post, Telemundo and Fox News will stream every debate — including the vice presidential debates — on YouTube, according to The Associated Press.

Social media will also be a great way to watch the debates. Snapchat will feature every debate as a "Live Story," according to The New York Times. For those of you looking for an interactive experience, CBS News will feature Instagram "Stories," photos, and videos from users during the debate.

Twitter will be streaming Bloomberg Television's coverage, which will include commentary both before and after the debate. You won't even need to log in to Twitter to be able to watch.

For those still watching the old-fashioned way, the debate will air on the major television networks ABC, CBS, FOX, and NBC, as well as cable news outlets such as CNN, Fox News, C-SPAN, and MSNBC.

The debate airs at 9:00 p.m. Eastern Time and will run for 90 minutes without commercial breaks.

Tim Kaine, a junior United States Senator in Virginia, is Hillary Clinton's running mate, while Mike Pence, Indiana's governor, is Donald Trump's. Kaine has taken a break from the presidential campaign to prepare for the vice presidential debate, CNN reports.

"I am not the main event, so I'm in an in-between space. And I've not done that before, obviously, it's a unique kind of a debate," Kaine told CNN.

Both candidates are working hard to make this debate as worthwhile as possible. However you choose to tune in, be sure to watch.