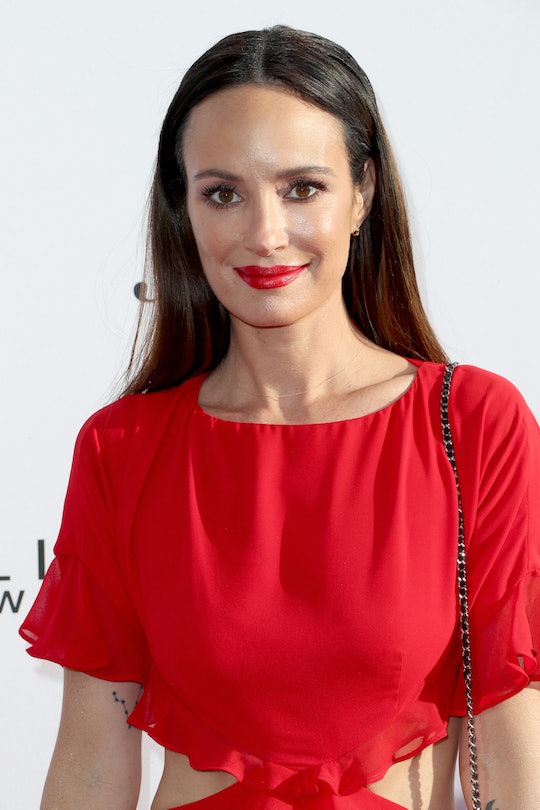 When veteran E! News host Catt Sadler sat down to say goodbye to coworkers and viewers on Tuesday, she was clearly struggling to keep her emotions at bay. Which is understandable in most situations; it's always tough to leave a job. Especially, I would think, one that looks to be so much fun. Watching the video of her goodbye, though, fans might have noticed a certain undercurrent. Especially when she thanked Daily Pop co-host Justin Sylvester for teaching her about the value of "transparency." And now fans know why this was so important to her. Sadler explained why she quite E! News in a blog post on Wednesday, and why it's so scary for her to leave her job as a single mom.

According to Sadler's post on her website The Cattwalk, she decided to leave E! Entertainment after 12 years as the co-host of E! News because of a pay gap between her and fellow host Jason Kennedy. Sadler, who has been doing double duty for the past year on the two-hour live daytime show Daily Pop as well as E! News in the evening with Kennedy, was reportedly told by an E! Entertainment executive about the pay gap. As she wrote on her website:

There was a massive disparity in pay between my similarly situated male co-host and myself. More recently, when E reached out to renew and extend my deal, I learned that he wasn't just making a little more than I was. In fact, he was making close to double my salary for the past several years.

Neither Sadler or E! Entertainment have responded to Romper's request for comment.

Sadler writes that she and her team attempted to come to a more equitable agreement but they were turned down repeatedly. Which left her in a precarious position, as she shared on her website on Wednesday:

How can I operate with integrity and stay on at E if they’re not willing to pay me the same as him? Or at least come close? How can I accept an offer that shows they do not value my contributions and paralleled dedication all these years? How can I not echo the actions of my heroes and stand for what is right no matter what the cost? How can I remain silent when my rights under the law have been violated?

E! Entertainment refuted Sadler's claim of an unfair pay disparity in a statement, according to USA Today:

E! compensates employees fairly and appropriately based on their roles, regardless of gender. We appreciate Catt Sadler’s many contributions at E! News and wish her all the best following her decision to leave the network.

It's a situation that remains all too common for women in 2017; according to the AAUW, in 2016 women who worked full time were still only paid 80 percent of what men were paid.

In Sadler's case, of course, it seems as though that number is somewhat more distressing. She made the tough decision to leave her job, despite the fact that she's a single mother of two sons, Austin and Arion, writing on her website that she finds the change "scary."

I am a single mother of two boys. The unknown can be terrifying, but it can also be the most beautiful gift. Countless brave women have come forward this year to speak their truth. Females refuse to remain silent on issues that matter most because without our voices, how will we invoke lasting change? How can we make it better for the next generation of girls if we do not stand for what is fair and just today?

But, as frightening as it was for Sadler to leave her "dream" job, she has hope for the future. Because she took an important stand, and wasn't willing to simply fade away without explanation.

I will find more work. I will create content with meaning. I will continue to pursue my passions while making my children proud. The way I see it, I have an obligation to be an agent for change.

Speaking out against an alleged gender pay gap is brave, but actively leaving your post and sharing why you left to affect change, even as a single mom That's gumption, my friends. We need more of that.