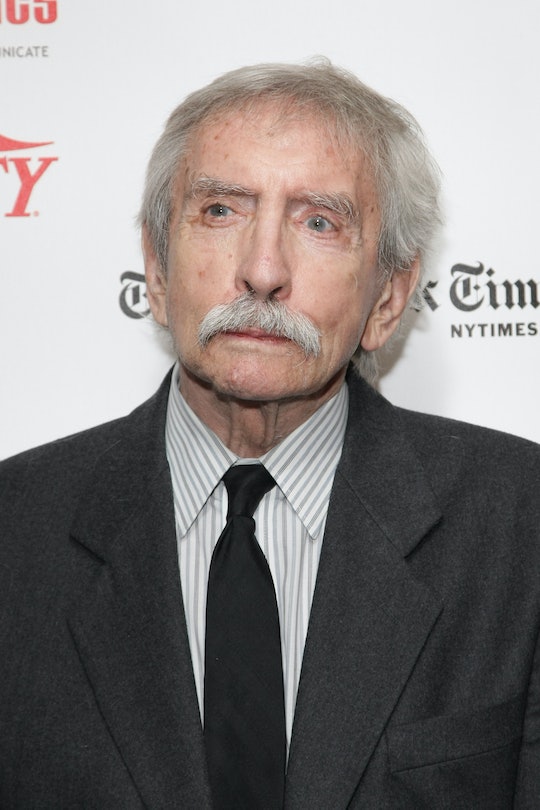 Edward Albee was and is considered to be one of the greatest American playwrights of all time. Albee's work — which is performed on stages, read in books, and studied in classrooms all around the world — has been loved and adopted by so many different people since his debut in the 1950's. On Friday, it was announced that Albee had died at the age of 88 after having a "short illness." But the celebrity reactions to Edward Albee's death show that his legacy will live on forever.

Albee was considered to be one of the most decorated playwrights of all time — his extensive repertoire of more than 30 plays earned him three Pulitzer Prize awards and two Tony Awards — both top honors in the playwright profession. Albee made his Broadway debut in 1962 with one of his most famous plays, Who's Afraid of Virginia Woolf? and continued to write plays and be a mainstay in the industry well into the 2000's according to Playbill. His generation-spanning career provided major influence on students who studied his work, writers who looked up to him, and actors who acted the worlds he created out on stage. Therefore, it is no surprise that celebrities would have such a strong reaction to Albee's death. After learning about his death on Friday night, famous musicians, actors, Broadway performers and writers took to Twitter to express just how big of an influence Albee was.

In a 2011 interview with The Telegraph, Albee said something very true about himself — that could also pertain to the same actors, musicians, and Broadway stars who are mourning the great playwright's death. "A playwright or any creative artist is his work....the work is the essence of the person." While Albee's written words may have defined him, he also inspired a countless amount of celebrities, who read his work and inspired that essence inside of them. If actors didn't study his work in college, or watch the 1966 movie adaptation of Who's Afraid of Virginia Woolf? they might have never become the people they were today. Their tweets, reacting to Albee's death, shows just how big of an influence that Albee had been on so many different people.

For so many people, words can not express just how much Albee's work influenced their lives and what influence he had during his 88 years of life. However, through his 30 published plays, his words and legacy as one of the best playwrights of all time will continue to live on forever.