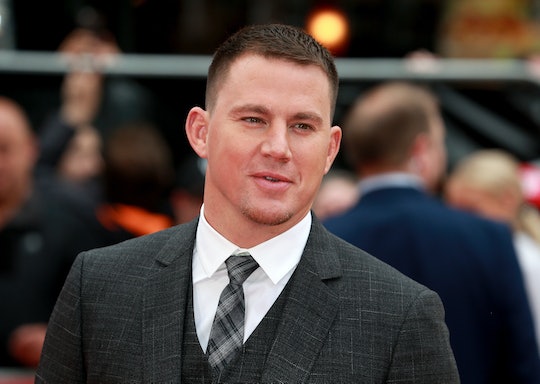 Magic Mike has taken on an unexpected and absolutely wonderful new role. Rather than learn how to make banana bread or whipped coffee, Channing Tatum announced he wrote a children's book during quarantine because, as he put it, "things got a little weird."

Tatum's first children's book — The One and Only Sparkella with illustrations from Kim Barnes — is set to be published in May 2021. The 40-year-old actor revealed on Twitter he was inspired to write the book after spending time with his 7-year-old daughter Everly, whom he shares with ex-wife Jenna Dewan, over the past few months.

"I don't know about you, but things got a little weird for me in quarantine," Tatum wrote on Twitter. "I locked myself in my daughter's room and found my inner child. So this is what I created for my little girl. From what is, I guess, the little girl in me. Thanks for reading."

According to the publisher, The One and Only Sparkella is about a sparkly little girl named Ella, whose classmates try to dull her shine, "but with a little help from her dad, she soon learns the importance of just being herself, no matter what other people say."

Ultimately, the book is an ode to self-esteem and highlights the love between a father and daughter. Tatum told People that Sparkella is dedicated to Everly and "all Dads who might have a little girl."

"Wear whatever, dance however, and be as magical as you can," the dedication of the book reads, according to People. "Because I promise they will return the love."

Tatum has spoken at length about how much he loves being a dad, calling Everly "cool af" in one social media post from 2018. Tatum told Entertainment Tonight in 2018 that his little girl has a bold personality, and she doesn't get it from him or her mom. "She kinda came out that way," he told the news outlet. "I wish I could take credit for that, but I can't really. That's really all her."

It sounds like Tatum had some fantastic inspiration for The One and Only Sparkella. You can pre-order the picture book right now on Amazon or on IndieBound for $18.99.