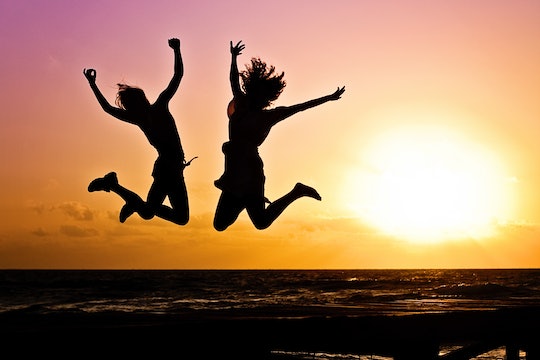 For such a seemingly innocuous little brainchild meant for the noble task of sparing electricity, daylight saving time (DST) is quite the divisive issue. Still, whether they believe that this manipulation of the clocks unnecessarily messes with natural body rhythms or rejoice in the extra hour of sunlight it offers each day for a chunk of the year, most Americans must recognize that it's coming to a close Nov. 6, and that "falling back" will once again mean that the cold, barren days of winter will become darker, too. Clearly, change is hard — even when it happens, like, ahem, clockwork every year — and the innumerable daylight saving time tweets currently circulating social media show that no one can agree on whether to love or hate that extra hour of sleep.

In every state except Arizona and Hawaii, which don't recognize DST, Americans set their clocks forward on the second Sunday of March. The hour of sleep that's obliterated that one night of the year is the tradeoff for even more sunlight at the end of many following days, just as Benjamin Franklin intended when he first conceived of the idea way back in 1784, according to CNN. That seems like an all-around party to me, but some buzzkill German researchers recently found people never fully acclimate to this change.

"When you change clocks to daylight saving time, you don't change anything related to sun time," Till Roenneberg of Ludwig-Maximilians-University in Munich told ABC News. "This is one of those human arrogances — that we can do whatever we want as long as we are disciplined. We forget that there is a biological clock that is as old as living organisms, a clock that cannot be fooled."

Still, my people are unwaveringly pro-sunlight:

It's about to come to an end, though. On Nov. 6, Americans will gain one hour of sleep in exchange for setting back their clocks at 2 a.m. to ensure an even more painfully early sunset each evening (or even afternoon) until DST returns in March 2017. And that's just fine for those who believe that DST never should have started to begin with:

There's no denying, though, that there's something uniquely depressing about realizing that the end of daylight saving time means that we're all about to turn into Vitamin-D-deficient vampires. Oh, is that just me?

According to Live Science, research has suggested that DST can cut down on the number of car accidents, because less darkness means that there are fewer cars on the road during the darkness. Also, the extra hour of sunlight it affords us between March and November could make it possible for people who work full-time to embrace the opportunity to do some outdoor exercise while it's still light out.

But, the outlet reported, springing the clocks forward on that Sunday in March has also been associated with an uptick in heart attacks the following Monday, when the risk of suffering one went up 24 percent. Conversely, scientists found that there was a 21 percent decrease in heart attacks the Monday after DST ended in November, when people gained an hour of sleep.

Which is all quite distressing, and practically demands that we focus on simpler, happier topics. Like candy:

The the opportunity to rejoice in being lazy:

And the only upside to the end of daylight saving time — the hour of sleep we'll gain Nov. 6:

Daylight saving time is most likely here to stay for the long haul, but next month we must kiss it goodbye, at least for a few months. I'll be one of the sun-lovers counting down the days until its March return.