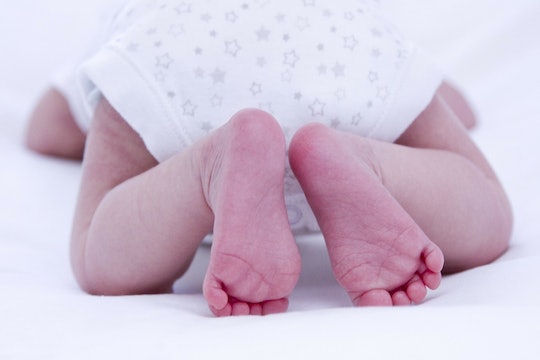 Do Preemies Need Their Vaccines On The Same Schedule As Babies Born At Term? CDC Says Yes

When a baby is born prematurely, they can face many health challenges in the first few months of life. Because they may not have fully developed organ systems, they are at risk for many life-threatening conditions and usually spend at least a few weeks in the hospital to be closely monitored for any problems that might arise. Babies born preterm get an early start on life outside the womb, and many parents wonder if that means their developmental schedule might be altered. One question many new parents might ask is, do preemies need their vaccines on the same schedule as babies born at term?

The Centers for Disease Control and Prevention recommends that, regardless of how much a preemie weighs at birth, they should still get vaccinated on the same schedule as every other newborn. In fact, it might be even more crucial that preemies get vaccinated on schedule, since they are often compromised by weakened immune systems that weren't fully developed when they were born. That means preemies could be more vulnerable to infections, even if they're in the NICU. If they do get sick, they could be more at risk for series complications.

The vaccine schedule put out by the CDC indicates that, from birth to young adulthood, children should be routinely vaccinated against diseases like measles, mumps and rubella (MMR), rotavirus, diphtheria, tetanus, whooping cough, varicella (the chicken pox), and meningococcal illness like meningitis.

Many of these vaccines are delivered over the course of several appointments, where the initial shot is given and then several "booster shots" complete the course over the following months, or even years. The vaccine against tetanus, for example, should be given every 10 years in adulthood — though many people will get one at the time of a medical emergency (like stepping on a rusty nail) that could give them tetanus.

Vaccines are safe for preemies, according to the American Academy of Pediatrics. Any side effects or complications experienced are the same for babies born pre-term as those born at term. Many who receive vaccines, little ones and adults alike, experience temporary redness, swelling and discomfort at the site of the injection. Children often cry at the time of the injection, and may develop a low-grade fever.

Professionals who are looking after a pre-term infant in the NICU assess the baby's overall health before committing to the recommended schedule of vaccines: if a baby is too sick, they won't give the vaccine. When they are ready, the parents will be asked for consent before the vaccine is administered.

Many parents worry, however, that vaccines may cause more problems for babies and children than they prevent. Even though the widely touted claims that the MMR vaccine was linked to autism have been disproven, the myth continues to circulate. Some parents who have preemies noticed that after their babies were vaccinated, they experienced a brief increase in their symptoms — such as trouble breathing or a slow heart rate. This brief increase in apnea and bradycardia ("A's and B's") usually did not have any longterm effects, and did not outweigh the benefit of immunization for the infants, according to research from the peer reviewed journal, Expert Review of Vaccines.

The one exception to the schedule for pre-term infants is the vaccine for Hepatitis B. Research has shown that the vaccine is less effective in babies who weigh less than four pounds. It is therefore recommended that the Hepatitis B vaccine not be given to a preemie until they have 1) reached the appropriate chronological age and 2) reached at least four pounds in body weight.

Each vaccine in the schedule has its own unique risk profile, considerations and concerns that will be reviewed by the doctors and nurses caring for an infant. This is information that should also be shared with the parents so that they can make an informed decision about their child's healthcare.