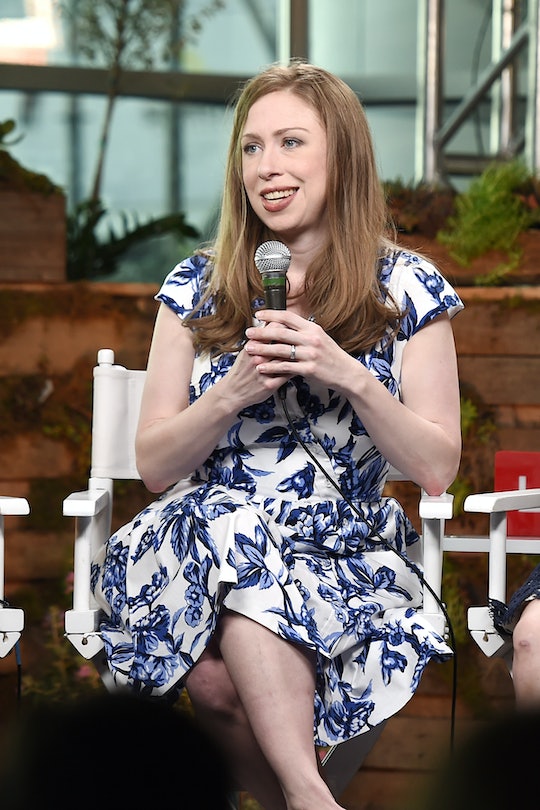 Tonight Chelsea Clinton will introduce her mother on the stage of the Democratic National Convention in Philadelphia to accept the first nomination in American history of a woman for the office of President of the United States. Chelsea has always been an important part of her powerful parents' political lives. But as the mother of two young children, the hectic schedule has got to be grueling. Does Chelsea Clinton want more kids? It's none of our business, of course, but if her mother becomes president, she's likely to have even more on her plate.

Chelsea has two kids under 2 years old. There's Charlotte, who is 22 months, and Aidan, who was just born in June. In an interview for Glamour magazine at the DNC, Chelsea said she's still pumping breast milk for the new baby. In addition to taking care of her little ones, Chelsea has also been a fierce surrogate for her mother on the campaign trail.

Leading up to Chelsea's big speech at the DNC she told the TODAY Show that her role as a mother has definitely shaped how she views politics.

This election is so important to me, because I'm now a mom. And as proud as I am of my mom, this election to me is fundamentally about my children, about Charlotte and Aidan.

Her childhood friend from Arkansas, Elizabeth Weindruch, told the Times, what most new mothers would expect from a woman trying to juggle two babies and the international spotlight.

“I honestly think she’s trying to get through the convention,” Weindruch said, adding that Chelsea hasn't decided what she's going to focus on after the DNC wraps up this week.

But power and politics aside, Chelsea genuinely seems to enjoy motherhood and her mother clearly is enjoying being a grandmother, so maybe more kids are in the future for Chelsea.

"Watching Chelsea mother Charlotte is just the greatest joy," Hillary Clinton told People in May. "And I also occasionally feel a bit happy that I kind of see something coming back that I maybe did or said."