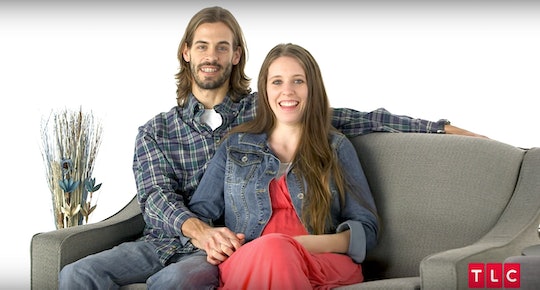 With all the political hell-fire spreading across the United States, catching up on your favorite reality show stars isn't always a top priority. But as Jill Duggar Dillard's due date draws near, fans are turning their focus on the famous family once more, regardless. Jill and husband Derick Dillard recently moved back to the United States after spending several months in El Salvador doing missionary work. But, aside from trekking through El Salvador and prepping for baby number two, does Jill Duggar have a job?

Currently, the 26-year-old's main source of income seems to stem from her TLC reality show, Jill & Jessa: Counting On. The second Duggar daughter is also one of the co-authors of the book Growing Up Duggar: It's All About Relationships, which she wrote with her sisters Jana, Jinger, and Jessa. Published in 2014, the book focused on relationships and the sisters' dating advice, complete with the idealization of courtships and abstinence.

Since then, though, Jill has spent much of her time and energy focusing on her family's missionary outreach in Central America, in which she has been involved since 2015. Duggar is also a Certified Professional Midwife, having finished her training in September 2015.

The Dillards moved to do full-time mission work in July of 2015, announcing on their blog, "We are so excited to announce that we have safely arrived on the mission field and we can now tell you that we are in Central America!" Since then, the family has traveled home and back to Central America several times, dealing with tragedies and health and safety issues along the way.

Most recently, the Dillards learned that one of their friends "had been murdered the day before and that his family had found his body down by the river," according to the couple's blog on May 15. Prior to that, the family also shared that they would soon be returning to America to prepare for the birth of their second son in July, but couldn't do so until they had some more financial support. "We still need to raise additional support for the rest of our time here on the field as well as the time we will be home surrounding the birth of our second little boy due in early July," they shared with fans.

Luckily, the family of three has officially made it safely home to America, with 2-year-old Israel David Dillard in tow. For now, the family awaits their second son, and will probably not be working outside their home for much longer. And who can blame them? After all that, they probably deserve a little rest.