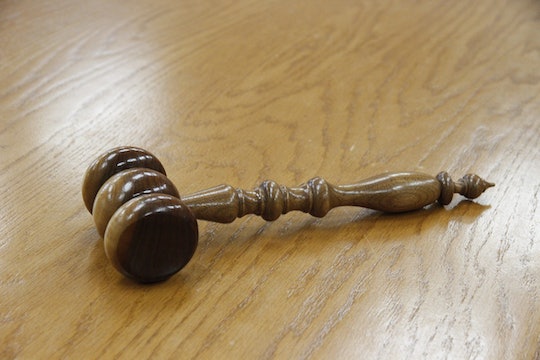 Two men commit the same unthinkable act: the rape of their daughter. One will never see the outside world, the other didn't spend enough time in jail to miss so much as an NFL season. The result is a look at a system rife with inconsistencies. This father was sentenced 1,503 years in prison for raping his daughter in California, while another father only received 60 days in Montana, revealing a system that needs reform.

Neither of the men have been named by media reports to protect the identities of the victims.

The first was a Montana man who was reportedly raping his daughter when the girl's mother walked in and witnessed the crime, according to the New York Daily News. Unbelievably, the mother wrote letters to the judge, John McKeon, begging him to let her husband come home and be a parent to their two sons, according to the Daily News. McKeon obliged, citing a rarely used statute to allow sex offenders to receive "community based treatment" and only sentenced him to 60 days, the Daily News reported.

The ruling sparked a petition to recall District Judge John McKeon which has been signed by more than 100,000 people. "It is time to start punishing the judges who let these monsters walk our streets," the petition said. "Please sign this petition calling for the impeachment of Judge John C. McKeon."

But this might be more about punishing a defendant who refused to accept a plea deal than sending a message about lenient sentencing in cases like the one in Montana. The Fresno man refused to accept a plea deal and instead insisted on going to trial. A 2013 study found that federal drug defendants who don't plead guilty will spend three times longer in prison than those who take a plea deal, according to Think Progress.

But, regardless of the explanation for the vast difference between the treatment of two men guilty of the same heinous crimes, it highlights a dysfunctional aspect of the criminal justice system.

For his part, Sarkisian called the Fresno rapist a "serious danger to society," because of his inability to accept responsibility for his crimes, and even blaming his daughter, according to BuzzFeed.

The good news is that this man will never again be able to harm his daughter or anyone else.