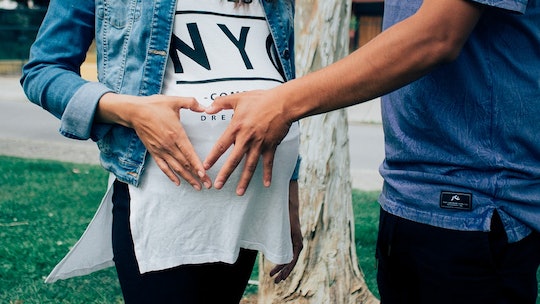 Millions of Americans’ health insurance is at risk now that President Donald Trump’s plan to repeal and replace Obamacare is on its way to the Senate. The brief win comes just after a new revision was added to the bill, known as the MacArthur amendment. The latest change to the American Health Care Act, or Trumpcare, would allow insurers to ask for a waiver to opt out of several major parts of Obamacare, such as the current regulation that prevents insurance providers from charging higher rates to those with pre-existing conditions — including pregnancy. And because of this loophole, the MacArthur Amendment could dramatically affect pregnant women and the type and quality of health care plans they’re offered, as well as the coverage they can afford.

The severity of the amendment’s impact will depend on a lot of factors if the ACHA passes through the Senate in its current form. But the biggest impact would be if the state you live in requests a waiver to opt out of essential health benefits and pre-existing condition protections, which currently cover expectant mothers’ maternity care both before and after birth. If the state’s waiver request is approved, a pregnant woman could either be charged a much higher premium or have to pay for her treatment entirely out-of-pocket.

If Trump's health care plan passes through the Senate, becoming a mother will essentially cost women — and their families — a lot more money than it does under Obamacare. As The Independent reported, pregnancy, with no or minor complications, could cost $17,060 — or a 425 percent increase — under the ACHA's new amendments.

"The MacArthur Amendment to the American Health Care Act will deny millions of pregnant women, babies and their families the affordable coverage and quality services they need," Stacey D. Stewart, President, March of Dimes, said in a statement. "It’s easy to offer inexpensive health coverage if it doesn’t cover the benefits people need... For pregnant women, this likely means fewer plans that cover maternity and newborn care, and much higher rates for those that do."

It's not a far-fetched assumption that many states will apply for this exemption, should the ACHA ultimately become law one day, considering that before Obamacare, insurers in 39 states could turn down anyone for virtually any reason, such as a pre-existing condition like pregnancy.

So although pregnant women can't technically be barred from obtaining insurance coverage under Trump's replacement plan, their coverage options could be seriously affected by this bill and their finances could suffer greatly as well.