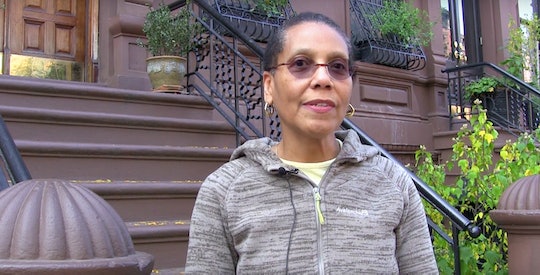 How To Support Sheila Abdus-Salaam’s Legacy

On Wednesday, the legal community was shocked by the news of the sudden death of Judge Sheila Abdus-Salaam. The body of the 65-year-old associate judge on the New York State Court of Appeals was found and retrieved from the Hudson River, not far from her Harlem home on Wednesday afternoon. Abdus-Salaam had been reported missing earlier that day and authorities initially stated that there have been no signs of foul play, though an autopsy is being conducted. Abdus-Salaam leaves behind a tremendous legal legacy, serving as not only the first African American woman on the bench of New York's highest court, but as the first Muslim woman judge in the United States. As a tribute to her legacy, here's how to donate to support Sheila Abdus-Salaam’s work and the memory of her.

Abdus-Salaam's law career was extensive and prestigious. A graduate of Barnard College and Columbia Law School, she received a Distinguished Alumna Award from Barnard in 2014, just a year after she was appointed to the Court of Appeals by New York Gov. Andrew M. Cuomo. Though originally from Washington, D.C., Abdus-Salaam spent her legal career within the state of New York, including judgeships on New York's State Supreme Court, as well as New York City Civil Court and as a trial justice in Manhattan.

Though no official memorial fund has yet been established for Abdus-Salaam, her legacy can be honored by supporting the many organizations with which she was affiliated and involved.

Abdus-Salaam was instrumental in protecting LGBTQ parenting rights in a landmark case before the Court of Appeals in 2016. Lamda Legal, a 501(c)(3) non-profit, was founded in 1973 to advance LGBTQ civil rights through pro bono legal representation and advocacy. On Wednesday, Lamba Legal released a statement mourning the sudden loss of Abdus-Salaam: "We owe her a tremendous debt of gratitude," said Susan Sommer of Lamba Legal in a statement posted to the organization's blog. You can donate to Lamba Legal online here.

A longtime resident of Harlem, Abdus-Salaam was on the Board of Directors for Project Brownstone, a non profit organization that works to empower youth in Harlem. In a video profile for the organization, Abdus-Salaam spoke of her amazing journey as a great granddaughter of Virginia slaves to becoming the first African American woman on the state's highest court. You can donate to Project Brownstone online here.

The Council on Legal Education Opportunity (CLEO) is a 501(c)(3) national non-profit organization that works "to make the law a more diverse profession by expanding opportunities for underrepresented persons to pursue a legal career," according to their website. The organization was founded in 1968 and Abdus-Salaam received a CLEO fellowship in 1974.

"My CLEO fellowship was immensely helpful during my first year of law school," Abdus-Salaam wrote on her CLEO Judges Hall of Fame page. "It gave me the leg up academically and financially that launched a very successful legal career that has culminated in my being the first black woman to serve on New York State’s highest court, the Court of Appeals." You can donate to CLEO online here.

Abdus-Salaam was a former President of the New York City Chapter of the National Conference of Black Lawyers. This national organization was founded in 1968 as the "legal arm of the movement for Black Liberation," according to its website. You can donate to NCBL online here.

Abdus-Salaam was a member of the Executive Committee of the New York Chapter of the National Lawyer Guild, a non profit that provides legal support to advance racial, civil, and and workers's rights. One of their major programs is to provide legal observers to who attend protests and supports to document the treatment and rights of participants. You can donate to NLG-NYC online here.