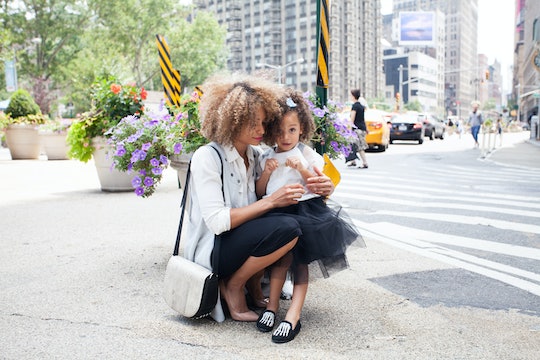 How To Explain Massachusetts' Transgender Protection Bill To Your Kids

In a major victory for transgender rights, the Massachusetts House of Representatives passed a bill that provides explicit protections to transgender people in public and allows them to use the bathroom and locker room that corresponds with their gender identity. It is an awesome and inclusive move that counteracts the sour taste left in many mouths after states like Mississippi and North Carolina passed laws requiring transgender individuals to use the bathroom that aligns with the gender listed on their birth certificate. With the debate surrounding transgender rights in America at an all time high, you may want to take the time to explain the Massachusetts’ transgender protection bill to your kids. It’s surprisingly easier than you’d think.

On Tuesday, Republican Massachusetts Gov. Charlie Baker told reporters that he would sign the bill if it reached his desk. “If the House bill were to pass in its current form, yeah, I would sign it,” he told The Boston Globe.

The Democrat-controlled House’s version includes language that addresses false claims of gender identity, a provision that the Attorney General’s office would offer information on pursuing possible legal action against “any person who asserts gender identity for an improper purpose.” This language seems to address concerns from supporters of the so-called “bathroom bill” that predatory men may gain access to women’s restrooms by claiming to be transgender.

The bill passed 116-36 in the House after several hours of heated debate. A similar bill passed in the Massachusetts state Senate in May, though that version did not include the above provision. Legislators will need to reconcile both versions of the bill before it passes onto the Governor's desk.

House members proposed more than 30 different amendments to the bill on Wednesday. Many of these amendments were aimed at providing exemptions for certain bathrooms or addressing safety concerns surrounding possible gender identity fraud. Some supporters of the original version of the bill, claim that the provisions and amendments equate transgender individuals to criminals. They also point out that impersonating a different gender for improper reasons is already illegal.

So what does this all mean to a child? Well the politics mean nothing, really, but the message behind the law is an important one to teach. You could tell your child that Massachusetts created a law that makes sure transgender people have the same rights as they do.

As the governor explained to The Globe, “We’ve certainly listened to a variety of points of view from many sides and have said, from the beginning, that we don’t want people to be discriminated against.”

Explain to your children that while other states are passing laws that are aimed at excluding certain people, Massachusetts law makes sure every one is treated fairly and protected. At the same time, open your child’s eyes to the idea that not all things presented as “facts” are true. Let them know that sometimes, adults are scared and can misconstrue things.

Combat these hate-filled “facts” your kid may hear or see with some education. Let them know that there is absolutely no evidence of trans people assaulting others in bathrooms, in fact, trans individuals are more likely to be victims of assaults than perpetrators. Your child should be able to start distinguishing between the facts that are true and others that are fueled by prejudice and fear.

If your child has questions about what it means to be transgender or how to behave around them, emphasize empathy. Explain that while these individuals were born one gender, they feel like a different one on the inside. Try to get your child to understand that transgender people really are no different than they are and should be treated just the same as they were taught to treat anyone else. Basically, emphasize the golden rule: Treat others the way you’d like to be treated, with understanding and kindness presumably.

Eighteen other states and Washington, D.C. already have explicit anti-discrimination laws that protect transgender people in public places in effect. Hopefully, Massachusetts will join those other regions in leading the country towards inclusive and protective legislation.

More Like This
Prince George Reportedly Got Sassy In A Fight With A Classmate
Can Elderberry Help Prevent Illness In Kids? Doctors Weigh In
What Is RSV?
The Best Halloween Family Pajamas To Match Your Boos