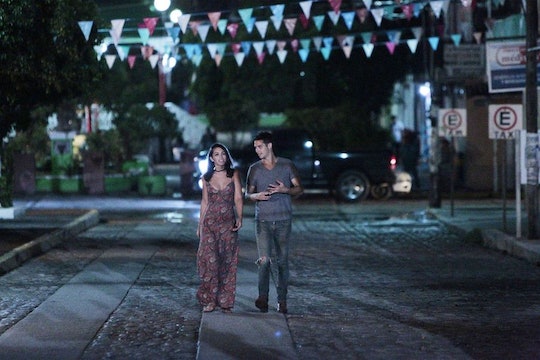 How To Follow Wells Adams From 'Bachelorette' On Social Media, Because Why Wouldn't You?

Social media is a big component of anyone's public image these days, in part because it can give fans a glimpse into someone's real life: their hobbies, their interests, and their off-camera personalities. For reality TV stars it can be especially useful, giving a fuller picture of someone you might not get to know well enough on any particular show. There have been some classic social media slip-ups that ruined otherwise cool-seeming celebs, but there are also those that use social media to effectively convey how charming and funny they are. The Bachelorette's (and soon Bachelor in Paradise's) Wells Adams is one of the latter; his social media presence makes the already-adorable radio DJ seem even more appealing. With all that talking up, you may be wondering how to follow Wells Adams from Bachelor in Paradise on social media – but wonder no more.

Wells has Instagram, Twitter, and Snapchat accounts, where he's been drunkenly snapping his way through episodes of both The Bachelorette and Bachelor in Paradise. Wells' sense of humor about the franchise and his time in it are definitely part of his appeal, but you know what else doesn't hurt? Puppies. Wells' Instagram is basically puppy central and his bloodhound, Carl, even has his own account – so you can keep up with Wells and his dog, too.

Wells is genuinely funny, and his Twitter is a great showcase for that. Whether he's faking a workout, making flawless '80s movie references, or offering a smart correction to some misinformation, he's doing it with charm and humor. Also, selfies.

Wells reps for pups in need of adoption in collaboration with the Nashville Humane Association, which has the benefit of being an awesome thing to do and resulting in so many dog pictures. Just when you think you've seen all the pictures of Wells with dogs that could possibly, feasibly exist, there are more. He also pokes well-meaning fun at his Bach friends, something Wells has elevated to an art form.

Refinery29 described Wells' drunk Snapchat shenanigans as "basically Drunk History but for reality TV," which sums up Wells' expert snapping perfectly. In them, he whispers sweet nothings to his Coors Light, critiques the home decor of his fellow contestants, and drops into an inexplicable drunk accent that really adds something to the commentary.

Though his time on The Bachelorette was relatively short, Wells is making the most of things off-camera – all while building up anticipation for his return to the small screen on Bachelor in Paradise.