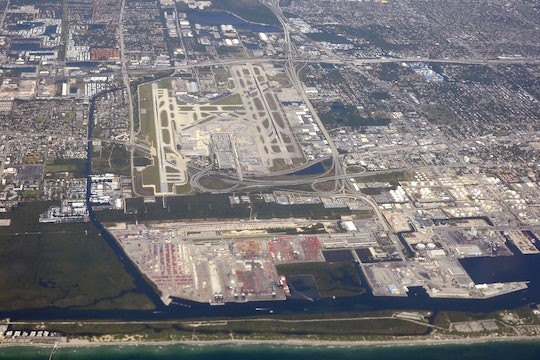 How You Can Help The Ft. Lauderdale Victims

After the Friday afternoon shooting broke out at the Fort Lauderdale-Hollywood International Airport in Fort Lauderdale, Florida, details have slowly trickled in about the shooting, the victims, and exactly what transpired to turn yet another international airport into the scene of a devastating event. In the wake of the news, many are naturally curious how to help the Fort Lauderdale victims immediately following the news. At present, the Broward County sheriff told NBC News that at least five have died so far and upwards of eight more have been injured. According to witnesses on the scene, the gunman allegedly appeared to be "shooting randomly into the crowd" as people ran for cover, according to NBC News. Following the incident, the Broward County sheriff's office tweeted that "one subject" had been placed in custody following the shooting. Barbara Sharief, the major of Broward County, confirmed to CNN that police had taken a suspect into custody.

While law enforcement hones in on the cause of the horrific attack that took place at a baggage claim of the Delta terminal, it's important to focus all our attention and help to those who have been affected by the events that took place on Friday afternoon.

Though there has not been a call for blood donors of any kind at this point, one way to show support and solidarity with the victims injured as a result of the shooting is by contacting your local blood donation center and offering to donate (if you're comfortable) at this time. Continental Blood Bank and One Blood are both local community blood donation centers in the Fort Lauderdale area that local residents could go to.

You can also contact your representatives in the Fort Lauderdale area and lobby for stricter gun polices (though information about the alleged gunman has yet to be released at this time) that would help make it harder for individuals to carry firearms in general, but also in public places like airports where they have the ability to harm dozens. You can also make time to contact Florida Governor Rick Scott and make your feelings known.

Though this is not a direct way to make a difference to those involved in Friday afternoon's shooting, you could make a donation to organizations that work tirelessly to advocate for gun violence reform, like the Brady Campaign To Prevent Gun Violence, Everytown for Gun Safety, the Coalition to Stop Gun Violence, and dozens more organizations who are working toward and safer future for all, regardless of what your feelings on the Second Amendment may be.