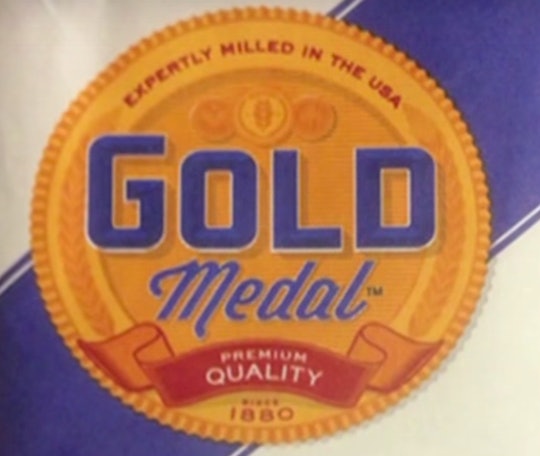 How To Know Whether Your Flour Is Affected By The General Mills E. Coli Recall

The case against eating raw cookie dough just got stronger. That's sad, because raw cookie dough is delicious and pairs well with pretty much all occasions and #feelings. As always, the very smart people at the Centers for Disease Control and Prevention are warning against consuming any raw products made with flour, not least because there's been a nationwide recall of that ever-important ingredient. You should bake those chocolate chips first no matter what, but it's still important to know whether your flour is affected by the General Mills E. Coli recall.

General Mills first announced the voluntary recall of its Gold Medal, Wondra, and Signature Kitchens brand flours May 31, when it, along with health officials, began investigating the cause of 38 reported illnesses associated with an ongoing, multi-state outbreak of E. Coli 0121. Some instances were linked with the consumption of raw dough, because E. Coli is rendered harmless by baking or other forms of cooking. Over the past week, the company expanded the recall that includes 10 million pounds of flour after even more illnesses related to the E. Coli bacteria came to light, the flour has sickened 42 people in 21 states, People magazine reported.

The outbreak likely originated at the company's Kansas City, Missouri, plant, according to The Wall Street Journal. Many strains of E. Coli aren't harmful to humans; 0121 is an exception.

The original recall focused on products that caused illnesses reported between December 21 and May 3. Now, because some of the illnesses may stem from products purchased before that, the expansion covers products with “better if used by” dates of August 9 or later. The full list of recalled products, including the identifying UPCs, can be found on the General Mills website. Make sure to check it out, because customers should toss the flour that appears on the list ASAP.

The Associated Press reported that although the E. Coli has caused the hospitalizations of 11 people, no deaths have been reported. Symptoms include persistent diarrhea, abdominal pain, and, in some cases, nausea and vomiting. So, if a person displays those, it's time to go see a doctor. And, symptoms or no, lay off the raw cookie dough. Maybe opt for ice cream instead?