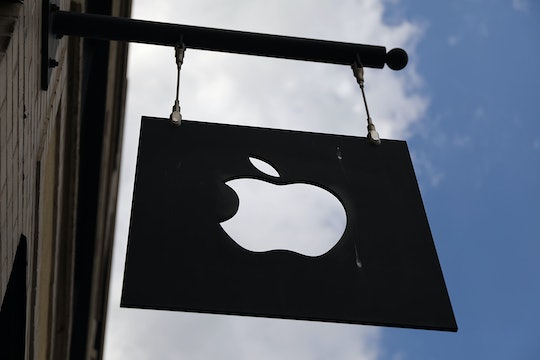 If You're Worried About That Eavesdropping Bug, Here's How To Turn Off FaceTime

iPhone users were made aware of a major bug on Tuesday involving Group FaceTime. The bug reportedly allows Apple users to "call anyone with FaceTime, and immediately hear the audio coming from their phone — before the person on the other end has accepted or rejected the incoming call," according to 9to5Mac's report. So, how can concerned users turn off FaceTime while Apple works to fix this bug? Thankfully, it's pretty simple.

Tech website 9to5Mac brought the bug to attention after someone took to Twitter share a video of themselves picking up another user's live audio via Group FaceTime. The video was then replicated across social media, with people calling other Apple users via Group FaceTime to confirm the glitch. Whether or not the user answered, the person on the other end could hear their live audio if they added their own number as a third person in a group chat, according to Wired. There's also no way for users to tell if their audio is being transmitted, which adds another layer of concern to this issue.

Arguably the most unnerving part of this is perhaps that CNN reported that "in some cases, the bug can also show live video of the other person if they press a volume button to dismiss the call."

The bug reportedly affects all iPhones that have upgraded to iOS 12.1 software and Apple PCs running macOS Mojave, according to CNN.

Apple is doing its part to solve this problem ASAP. “We’re aware of this issue and we have identified a fix that will be released in a software update later this week," the company tells Romper in a statement.

Additionally, Apple has since disabled Group FaceTime, according to NPR.

If you're still concerned about the bug, however, you can turn off FaceTime altogether for some peace of mind.

To turn off FaceTime on your iPhone or iPad, according to Mashable, you'll need to follow these three simple steps:

To turn off FaceTime on macOS complete these actions:

News of the bug has become so widespread that New York Gov. Andrew M. Cuomo released a statement Tuesday advising consumers to disable FaceTime for now.

"The FaceTime bug is an egregious breach of privacy that puts New Yorkers at risk," Cuomo said in a statement, according to The New York Post. "In New York, we take consumer rights very seriously and I am deeply concerned by this irresponsible bug that can be exploited for unscrupulous purposes."

FaceTime aside, there are other measures you can take to make sure your iPhone secure. One option is to use a VPN (Virtual Private Network) when browsing the internet because it encrypts all of your information, unlike an ISP (Internet Service Provider). "The encrypted data is essentially gibberish to anyone who intercepts it, making it impossible to read," NordVPN's website states.

Of course, there are many other ways to guard your privacy. But if your main concern is the FaceTime bug, you should disable this feature ASAP and until Apple releases a new software update.