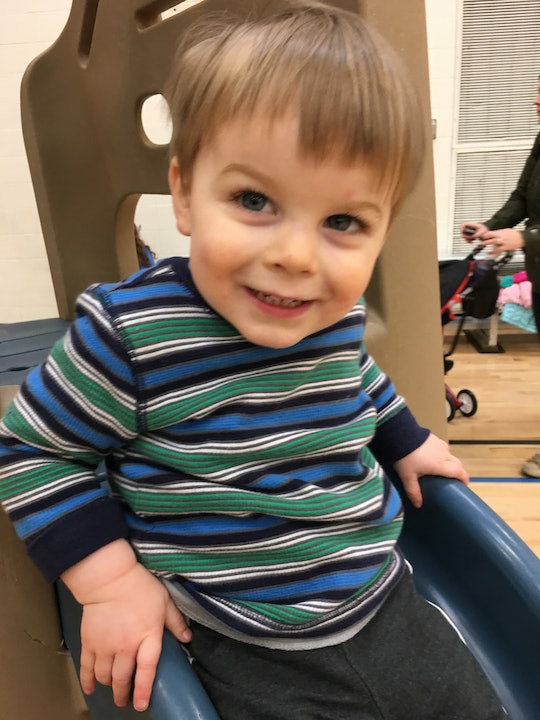 My kid is a little more than 2 years old. So for a little more than two years, I have had this needy little thing hanging out here a whole lot. I still have all the same needs I did before he was here, but now his needs are piled on top of mine. There’s just so much to do.

At first, I started multitasking quite a bit, mostly out of necessity. But while multitasking is essential at work, I am throwing in the towel on doing it at home. I stopped multitasking at home, and I am so much happier.

When my son first came on the scene, it was a high stress time, to say the least. He was kind of like the sun: I orbited around him and his every need, and mine were pushed to the side. Then he grew up a little and I returned to work. I treasured my time at home because of him, but also because home was a place of refuge from workplace to-dos. But home is also a workplace in a way, and is also filled with its own to-dos, and now they were dueling.

I missed my baby while I was at work, so I wanted to spend time with him in our house. But when I spent time with him, I also missed the internet, my bedroom, and my personal projects and tasks. Priorities battled priorities, and desire battled desire. So I did what most of us do: I tried to do it all simultaneously. I checked my email while I was sitting next to the bathtub. I let him play with clean dishes while I washed the dirty ones. I hung up laundry while he was terrorizing the dog outside on the back patio. And so on and so forth.

My anxiety was running high and my patience was running low. I didn’t like feeling pulled in a thousand directions in any given moment.

But recently, I have turned the tides. I have decided to do one thing at a time — and hanging out with my child is one of those things. Obviously, there will be exceptions to the rule, like preparing him food and peeing. I’ll have to do that by myself. But for the most part, I’m just being with him when I’m with him, and doing all the other stuff when he’s asleep. As a result, I’m about a thousand times calmer now. And I don’t plan on reverting back to my old ways. Here’s why.

My anxiety was running high and my patience was running low. I didn’t like feeling pulled in a thousand directions at any given moment. I resented my son every time he called out my name while I was trying to do something, which was unfair to him. Sorry, sweetheart. Mommy got mad at you because you wanted me to notice you. I got upset at the drop of a hat and rage-texted my husband a lot. So my super-productivity wasn’t really good for any of us.

I am the first to admit that my to-do list is suffering as a result of this new arrangement, and that I have been leaving him at daycare an hour longer than I would have before. I feel less guilty about the way I am doing things, and more guilty about the things I have not done.

But I no longer feel guilty about missing out on time with my son, and that is huge. When I am tackling work at home now, I am actually doing it. I am immersing myself in the task at hand. I am focused, and that feels good. And when my little boy is running through the halls and terrorizing the dog and showing me his coloring and eating everything – I am watching him. I am really paying attention to him. He can feel the difference. I can feel the difference. And it feels right.