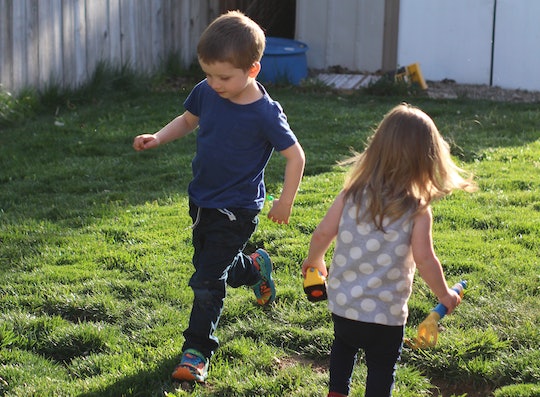 I Tried Being A Strict Parent & The Change Was Profound

I was raised in a fairly strict household growing up. To be honest, I didn’t love it. In fact, I hated it. I often found myself grounded and was frustrated by rules that seemingly served no purpose. However, now that I’m a parent myself, I look back on my strict upbringing and wonder if my parents were right. Keeping me on a short leash, so to speak, kept me out of a lot of trouble. Sure I was a frustrated, angry kid, but I ended up an OK adult, didn’t I? Maybe there was something to be said for being a strict parent and keeping your kids in line. So I tried being a strict parent, but honestly, it wasn’t worth it.

The truth is, I wanted to be a strict parent was so people wouldn’t see me as a young mom who couldn’t handle her kid. I didn’t want to be embarrassed by my kid’s tantrums in the grocery store or have to fight the same mealtime battles over and over again. I wanted my kids to be “good” and to behave in a way that other people would deem appropriate. My grandparents and parents had warned me that the only way to curb bad behavior was to set strong boundaries and set them early. There had to be steadfast rules and inescapable consequences.

In a way, this made a lot of sense. There were rules like no sweets before bedtime, so I didn’t have a kid who was bouncing off the walls on a sugar high. I had rules against hitting and yelling. There was the rule that my son couldn’t touch the stove, or go outside without me, or climb on top of the desk. The rules were there to keep him safe. The punishment, however, was not.

Part of being a strict parent meant consequences — punitive punishment for breaking the rules. Mostly, the punishment was time out. Occasionally it was having a certain toy taken away. It would have been well worth it if it had worked, but mostly, it just exacerbated the situation.

My kid would be having a meltdown, struggling to get in control of his emotions, and instead of helping him work through those emotions, I was isolating him. The more worked up he got, the more in trouble he became (to be honest, I remember this happening to me ALL. THE. TIME. as a kid) and so it went in a vicious circle. Instead of teaching him how to better handle his emotions, I was punishing him for having them at all. Instead of calmly explaining the reasoning behind the rules time and time again until he absorbed and understood them, I only enforced them.

When I was dealing with those tantrum and time outs, I felt like it must be the right thing because it was so hard. But the truth was, I was taking the easy way out. It takes very little effort to stick a kid in their room over and over again. It takes a lot more work to help them gain control of their emotional state and teach them the “why” behind the rules and how their behavior affects them and others around them. Strict parenting was only difficult because I had to deal with lots of screaming and fighting from my kid. And to be honest, it wasn’t worth it. It was making us both miserable.

I finally got fed up and decided to try gentle parenting to see if the opposite approach would work better than my strict parenting. After a week of seeing the change in my kids, I was sold. Strict parenting wasn’t for me.

Now, we try to talk through difficult situations instead of immediately jumping to punishment. We have had to reframe timeouts as a time to gather our emotions (because sometimes you need some space) instead of a time to be isolated and frustrated. We breathe, we talk, I explain the same things over and over again. If I’m being real, it’s exhausting, but you know what? It’s worth it. It’s worth it to meet my kids where they are, to work to understand them and help them grow. It’s worth it to see past the “bad” behavior. It's worth it to appreciate the kid underneath.

More Like This
My Nanny Showed Me How To Be A Mother
Infertility As A Stepmom Means Double The Alienation, But So Much Love
Adult Gymnastics Brought Me Back To Myself
From Captions To Gifts, These Are All The Kindergarten Graduation Ideas You Need