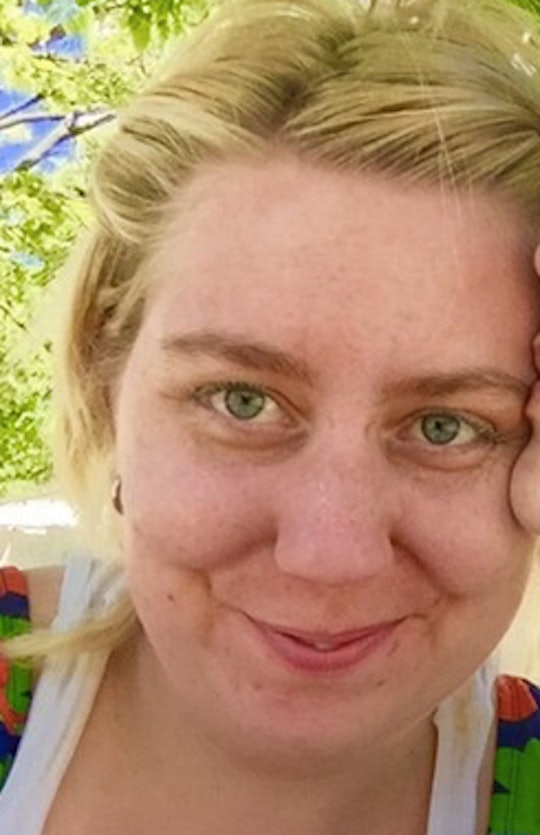 Pretty much everyone with a uterus agrees that, on a scale of yuckiness, periods fall somewhere between “major bummer” and “totally disgusting week of horribleness.” Yet, for the last decade or so, I’ve managed to be one of those rare people who menstruate who thinks of what my mother refers to as “that time of the month” as not a punishment, but a gentle (OK, sometimes not so gentle) reminder of the cyclical nature of life. It might so weird to say, but I’ve come to really appreciate my period. At the age of 19, a friend turned me on to the existence of menstrual cups, and after reading the instructions five or six times and dealing with the rather steep learning curve, I never looked back. That is, until I had a baby, and I found myself bleeding into a maxi pad again, wondering why the hell I felt like I was back in high school.

I had never liked tampons because everything from the string to the applicator kind of weirded me out, and that’s not even getting into my constant fear of toxic shock syndrome. But cups? Trying menstrual cups was something totally different. I started with the Instead Cup, which is disposable and less expensive than buying a $30 cup that you keep forever, so it was easier to just try it to see if I liked it. Then, I loved it, and creature of habit that I am, I just kept using them. At this point, it’s been over a decade! And because of that, I only vaguely remember what having a period was like before the switch.

But then I got pregnant, had a baby, and everything about my menstrual routine changed.

After obsessively tracking my cycle for months, I got pregnant, and my period went away because my body was busy growing a fetus. After the birth, I was told that nothing insertable was allowed for a while because I was healing (makes sense!) so I knew that all that delightful postpartum bleeding would be straight into maxi pads. When that finally ended, I was breastfeeding around the clock, so my period stayed away for a few months. Somewhere in the mix of everything we had going on, we ended up without a single one of my precious cups in the house. When finally the menses returned to me, I was in total and complete shock. It was easier to grab a cheap pack of pads at the corner store than it was to go hunt down my preferred product, so that’s what I did. I told myself it was just for that month, that I’d be stocked up before the next period happened.

I tried to joke that me and the baby were both wearing diapers, but really, it was not funny at all.

But as it turns out, I never did. Babies make you really busy, tired, and distracted, which is pretty much exactly how I ended up switching back to pads, exclusively, for a whole five months.

Having horrible cramps and a needy infant at the same times is one of the cruelest jokes the universe has to offer. That first month when my period routine, it honestly felt like being 11 years old all over again and finding myself confused and sort of horrified by this new thing my body was doing. I hated pretty much everything about the experience, from the cramps to the constant smell of the blood (don’t act like you don’t know what I’m talking about), to sheer amount of it. It left me feeling drained and depleted, and on top of all of that, constantly dealing with blood removal. I tried to joke that me and the baby were both wearing diapers, but really, it was not funny at all.

Every time I managed to get away from my baby to take a pee, I was reminded that I was covered in blood.

I’d imagined that the biggest reason that first period was so freaking miserable was because it had been almost a year and half since I’d had one. I reasoned that I felt like a teenager because I just wasn’t used to bleeding like that anymore, and that I just needed to be patient with myself and my body while it continued to go through changes. Having a baby is, after all, kind of huge, and who could know what kind of rhythm my body would settle into after that upheaval. I was relieved when it was finally over (it lasted eight days, because everything is terrible) and then I immediately went back to not thinking about menstruation at all. So when it came around the next month, it hit me out of nowhere, and I was essentially back in the same boat… only it was a a miserable boat upon a bloody sea.

People who don’t like (or just don’t want to try) menstrual cups often site having to touch the blood as the ultimate ick factor. That’s fine; I’m not going to tell anyone else how to interact with their body! But for me, it turned out that maxi pads, which I barely even remembered, were the ickier option. Sure, while emptying the cup I might literally get blood on my hands (sorry, not sorry), but it was only twice a day, or maybe three or four times on a really heavy day. The point is, the time that I interacted with the blood was distinct and separate from the rest of my life. When I was using the cup, I still knew that I was on my period while I went about my day, but I wasn’t really having to deal with it. For the first couple of days (oh lord, those intense first 48 hours) I would be able to physically feel when the cup was full, and head to the bathroom. After that? I’d have to remind myself to empty the thing.

With pads though, there was a constant reminder. I could feel the blood coming out of my body, I could feel the pad (even the thinnest ones are still bulkier than underwear!), and yes there was the smell. And every time I managed to get away from my baby to take a pee, I was reminded that I was covered in blood. Because, there is no polite or nice way to say this, a maxi pad holds the blood up against your body, and it dries to your skin, it clumps in your pubic hair, and turns every pee at least pinkish in color. And despite how much I may have intellectually appreciated my body’s cycle, I was severely grossed out by the entire operation. I found my period completely taking over my brain, making me extremely grumpy and coloring (ha!) every experience I had with negativity.

Simply put, I was totally hating my period, just like I did when I was a teenager.

Strangely enough, it took me months to realize why it was so bad. I kept telling myself that it was probably just that I wasn’t used to it, that bleeding was feeling so big and dramatic because it has ceased to be a part of my life for so long. And through it all, I kept saying that next month I'd stock back up on cups. But I didn’t really imagine it would make a difference. My period was making me severely depressed, and I was convincing myself that I just had to live with it. After all, being a new mom is hard, and there were all kinds of obnoxious things I was just living with, so why not this?

I found myself utterly and completely miserable every time I was menstruating, and at least part of that was feeling like I had no control over how to manage it.

It was only after my fifth postpartum period left me seriously hating my life that my wife made a comment about it, and I started to realize what was really going on. She said, “it seems like your period is really getting to you lately,” and I conceded that she was right. I found myself utterly and completely miserable every time I was menstruating, and at least part of that was feeling like I had no control over how to manage it. The next week, I made sure I picked up some of my preferred cups. I realized that being nice to myself about my period was a pretty important part of self care, and the only way to be nice to myself was to do the one thing that made me more comfortable. So I made a conscious effort to return back to my preferred cup.

And you know what? It might seem like a period is a period, but it's not. I learned that, at least for me, how I manage my period every month really does make all the difference to how I feel about my body and my period. Being able to cope with menstruation in the way that is most comfortable, and at this point most familiar to me, is the difference between my period being just part of the beautiful cycle of living in this body, and hell on earth.