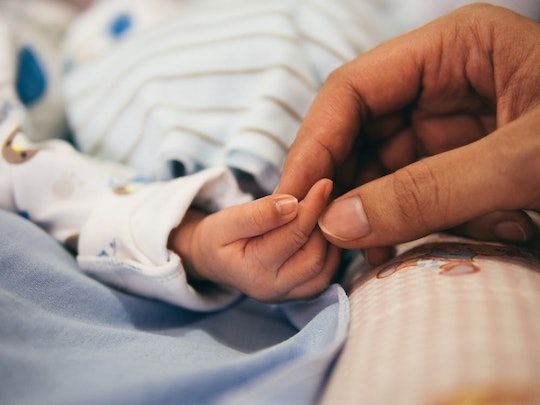 Indigenous Babies Hospitalized At A Higher Rate Than Others

According to a new study from the University of Montreal and Canadian First Nations health officials, indigenous babies are hospitalized at a higher rate than other children and it's a huge public health issue. The study surveyed 19,700 First Nation children, 3,930 Inuit children, and 225,380 non-indigenous children born between 1996 and 2010 in Quebec. They found that there were 70 to 80 more First Nations and Inuit hospitalizations for respiratory diseases than non-indigenous children. Indigenous babies were also twice as likely to get bronchiolitis and seven times more likely to get pneumonia.

So what gives? Apparently, the problems stem back to the huge socio-economic gap. Another study from the Canadian Centre for Policy Alternatives discovered that most indigenous people live in poverty, which means that the living conditions for those indigenous families could be contributing to their health (meaning that many of these pneumonia and bronchiolitis cases are preventable. Almost 40 percent of indigenous children live in what the CCPA study writers called "deplorable poverty," although it changes from region to region.

But awareness is only a fraction of the problem. It really goes all the way to the top, right up to everyone's favorite prime minister, Justin Trudeau. Last year, a tribunal found that the federal Canadian government was discriminating against indigenous people and allegedly skimping on funding on-reserve hospitals. Which means that indigenous mothers — who are more likely than non-indigenous mothers to be single and poor anyway — are not getting prenatal care either, which could be leading to infant infections and diseases, too.

Jordan's Principle is meant to ensure that First Nation children get the same care as non-First Nation children. It's named after Jordan River Anderson, a child of the Norway House Cree Nation. He was born with serious health issues and "fell through the cracks" when Indigenous and Northern Affairs Canada, Health Canada couldn't decide who should pay for his foster care. At 5 years old, Jordan died in a hospital.

A year after the first ruling, just a few days ago, the Human Rights Tribunal issued a third non-compliance order to the federal Canadian government for discrimination, which speaks to the findings of the Quebec study. Often, First Nations individuals aren't offered the same health care that many Americans envy Canadians for just because they are Aboriginal.

In that sort of environment, where funding for on and off-reserve Aboriginal health services is inadequate, when people are being turned away, and indigenous mothers disproportionately live in poverty, it's no surprise that indigenous babies are getting sick more often. Maybe Trudeau needs to chill on the pillow fort making and look into some of these disparities, because not putting children first — regardless of their race — is not a good look. And children are dying because of it.