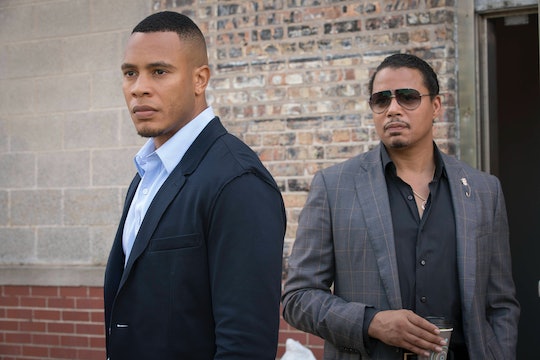 Is Andre Trying To Take Over Empire? He Seems To Be Up To Something

Andre had a pretty rough start this season of Empire. For one, his wife Rhonda was murdered – shortly after a previous attempt to kill her which resulted in her losing their baby. Not only was her murderer, Anika, not charged with the crime, but Andre's mental health understandably took a hit after Rhonda's death. Rhonda had been the one to keep his medication in check, and now she was gone. On Wednesday's episode, though, he seems to be on the upswing – so much so that he seems up to something. Is Andre trying to take over Empire?

In the first couple episodes of the season, Andre was inconsolable. Thankfully, Jamal offered to help him with medication. Unfortunately, though, that was not Andre's only hurdle. He also had to face police brutality and racial profiling. While that case seemed to have settled by the latest episode, the issue of Andre's mental health hadn't. After Rhonda's death, he began having hallucinations of her – and she appeared to him again at the end of the episode. Given the fact that Andre was with another woman, Nessa, the hallucination was especially unsettling.

This is not the only dimension of Andre and Nessa's relationship, however. When they locked eyes at Shyne Johnson's recording studio, Andre may have had hearts in his eyes – but there were also dollar signs. Andre is very invested in convincing Nessa to sign to Empire. Perhaps one reason is that he's into her and believes she's talented, but he might have an ulterior motive.

Andre may be poising himself to take over Empire. While talking to Nessa, he mentioned a hypothetical that if he had her talent, he would've already taken over the company. Was he just saying this to convince her to sign – or to win her over beyond the record deal? If he was not planning something, he might not be so hellbent on getting her to sign.

Furthermore, Andre's behavior throughout the episode suggests he wants Empire for himself. When Shyne showed up to Empire ready for a fight, Andre was not hesitant to protect his territory. His dedication will probably last throughout the Lyons' feud with Shyne. He might not have been as invested if he merely planned to work under Lucious forever – so perhaps he's in this for himself. Whether this theory is right, we just have to watch the battle of the record companies unfold.