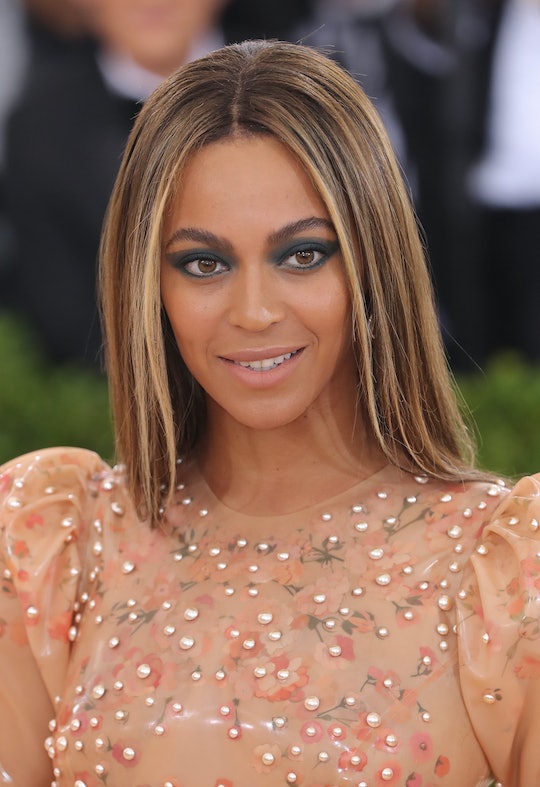 Is Beyonce Performing At The 2016 VMAs? Everyone Cross Your Fingers & Toes

Do you guys remember 2014? Donald Trump was just the star of a reality show no one watched. We were all obsessed with True Detective. Gwyneth Paltrow and Chris Martin "consciously uncoupled." There was that Solange and Jay Z elevator thing. Oh and Beyoncé put on a glorious, show-stopping, could-only-be-done-by-Queen-Bey, and frankly epic 17-minute-long performance at the VMAs. A lot of things have changed since 2014, but Queen Bey still reigns supreme. So is Beyoncé performing at the VMAs this year? I cannot confirm anything but please, please, please let this be happening!

Basically (literally) everyone wants this to happen. At the 2014 MTV VMAs Beyoncé performed an incredibly long and incredibly spectacular medley of all the songs off her album BEYONCÉ, which was released that same year. And she finished by standing in front of a screen with the word FEMINIST in giant block letters because Beyoncé is the greatest. Like in 2014, Beyoncé has released an album this year, Lemonade, the provoking and beautiful "visual album," that has had fans, critics, and non-fans, and non-critics going nuts ever since it dropped. She is nominated for a whopping 11 awards this year, followed closely by Adele, who has 7. But it hasn't been confirmed whether she is or is not actually going to be there.

Because she released an album this year, her most critically lauded and ambitious work yet, everyone expects Beyoncé to perform. Perhaps more than any other year, this is the year of Beyoncé. And that is saying something. According to reports, MTV has been courting her to perform, guaranteeing a portion of the show will be devoted to her. In the event that she cannot perform, the network apparently plans to have other artists perform a tribute to her. If you'd like some other reasons to be hopeful, take a look at these three tweets from users who claim to have spotted Beyoncé rehearsing her VMAs performance in New York City.

Of course, all of this is still speculative, and until we hear from MTV or Bey herself, there's not much we can do besides keep our fingers and toes crossed and wait to be surprised.