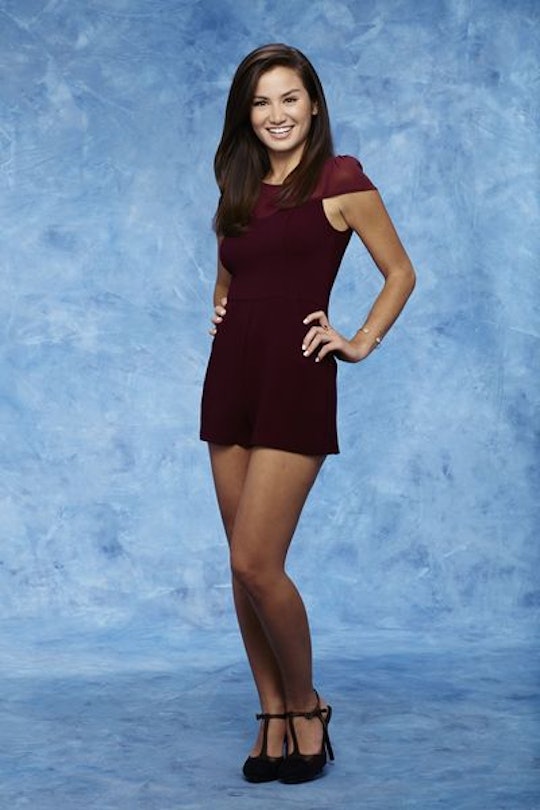 Is Caila Quinn Single After 'Bachelor In Paradise'? She's Giving Love Another Shot

She hasn't arrived yet, but we know from the show previews that Caila Quinn from Ben Higgins' season of The Bachelor is about to show up on Bachelor in Paradise, most likely at around the same time as Ashley I., and walk right into a dramatic love triangle. Uh oh. Of course, the pace of life in Paradise is highly accelerated. On the resort, people fall in love, break up, form ever lasting friendships, destroy alliances, and get engaged in less time than it would take the average human out in the real world to decide if this person is worth texting an actual sentence, or if an emoji will suffice. So how does this Shakespearean hyperdrive journey play out for our would-be Bachelorette? Is Caila Quinn single after Bachelor in Paradise? We don't know for sure, but the odds aren't in her favor.

Bachelor Nation creator Mike Fleiss tweeted recently that Bachelor in Paradise will end this season with multiple engagements. Multiple! Multiple people decided that they were enough in love after two and a half weeks of televised dating to get engaged! Multiple! The mind reels. Anyway, it's totally possible that Caila could be one of them, but if this is a numbers game, it's not necessarily likely.

After Caila was passed over for The Bachelorette, she moved to New York City to start a new job and continue her search for love. As anyone who has ever experienced being single in New York can attest, it is not the greatest hunting grounds. She then joined the Bachelor in Paradise cast, and now I'm really not sure that Caila has any idea where the best places to find love actually are. But I'm still proud of her for giving it her best shot.

We know from the previews that Caila will get hot and heavy with Jared Haibon pretty quickly, which will absolutely incense Ashley I., who will then eventually forget all about Jared in favor of Wells Adams, proving that she has excellent taste. Does this mean that Caila and Jared could be one of the couples engaged? It totally could! But we don't know for sure, and frankly, I doubt it. We pretty much definitely know that one of the engaged couples is going to be Amanda Stanton and Josh Murray, because they have been extremely unsubtle about their relationship in public, getting photographed basically everywhere with Amanda's kids.

But Caila and Jared? Nary a whisper. And Caila hasn't been seen around town with anyone else lately either. She has also recently posted on her blog, encouraging readers to "swipe left." Could this be a hint that she's still dating? If I had to guess, I'd say yeah.