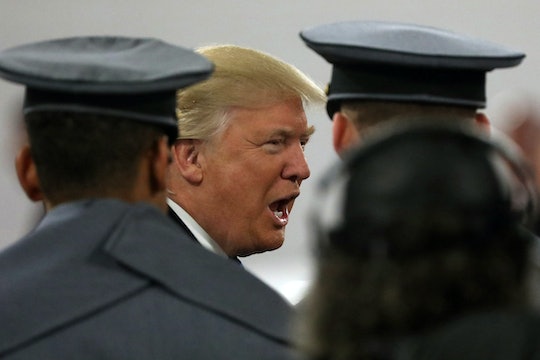 Is Trump Being Trolled By Super Bowl Commercials?

Sports and politics. A classic combination, much like peanut butter and jelly, peas and carrots, and salt and pepper. No? I guess not. But the recent coverage surrounding Super Bowl 51 might have you believing otherwise. Especially since many are unsurprisingly wondering: is Donald Trump being trolled with Super Bowl commercials?

Well, it seems like it. While Super Bowl commercials are notorious for their hilarious nature and somewhat absurd advertisements, this year, a lot of companies are taking a more serious tone. And many commercials, it seems, are using their far-reaching platform to take subtle shots at our nation’s 45th president.

As Trump’s administration, his Twitter feed, and recent executive orders have made clear, the president isn’t exactly fond of many things, including, but not limited to: Mexico, most Muslim countries, inner cities, and Native Americans, just to name a few. Well, in case you haven't been watching, those are just a few of the more serious topics that this year's commercials are taking on, accompanied, of course, by melodic soundtracks and powerful statements.

Coca-Cola, for example, featured a harmonizing commercial following people–of all shapes, sizes, color, and sexuality–living their lives, while "America the Beautiful" was sung in the background, in a variety of languages (and drink Coke, of course). And if the imagery weren't enough, the final screenshot of the advertisement stated a simple sentiment: "Together is Beautiful."

And while, of course, no direct statements have been made towards our current president and his agenda, many on Twitter believe that Coca-Cola isn't alone in their trolling of Trump.

There has also been a commercial advertising "avocados from Mexico" (you know, the country Trump has accused of harboring "rapists" and "drug dealers," and which he expects will pay for his border wall) and many a rainbow imagery, flag or not.

And while any commercial featuring a more diverse and inclusive message is always welcome, now seems like such an important time in history to make these points crystal clear. Already, before the pregame programming had even started, many Trump supporters were expressing their outrage towards a Budweiser beer commercial that featured an immigration storyline. (Trump, as a reminder, definitely doesn't love immigrants, given that he recently signed an order barring anyone traveling from seven predominantly Muslim countries from entering the country; his ban affected legal residents, immigrants, and refugees.)

Of course, the game is just getting started and we can't know what else will happen, or if the commercials will get even more political (though it's likely they will). But hey, whatever the case, we're here for it (especially when it includes beautiful diversity, like Airbnb's, which based on his history, Trump probably will probably tweet angrily about, at some point).

So, play on, boys. I'll just be over here wiping my eyes and experiencing very sudden cravings for a nice, cold Coke.