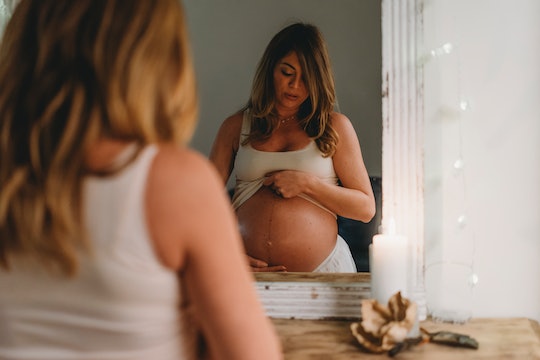 Is Sour Candy Safe During Pregnancy? An OB-GYN Explains

Pregnancy made me crave all the things — especially sweet things. Are you feeling stuffed from eating all the Sour Patch Kids out of your kids' trick-or-treat pails, too? Or alternately, are you eating so many pieces of sour candy to help with morning sickness that your baby could come out with puckered lips? It's touted as a pretty good nausea cure, but is eating sour candy safe during pregnancy?

Thankfully, according to OB-GYN Dr. Idries Abdur-Rahman, all candy is fair game when you’re pregnant — except for licorice. “Licorice contains a substance called glycyrrhizin that in large amounts has been found to affect the intellectual development of a growing fetus,” Abdur-Rahman says.

But when it comes to sour candy, it can in fact be a good thing to eat when pregnant. “Not only is sour candy safe during pregnancy, but it can actually help to alleviate symptoms of morning sickness," says Abdur-Rahman. "Sour foods like limes and lemon and sour candies can reduce morning sickness by increasing salivation.” And there are no known ill effects from eating sour candy, like inducing labor early or anything, he notes. “Contractions occur when specific hormones, released by the brain, interact with the uterus. Sour candy has no effect on the production of the hormones that stimulate contractions.”

But can your baby taste the sour candy and be displeased? Abdur-Rahman says that while there is evidence that babies can taste what their mothers are eating when they swallow amniotic fluid, it’s only a trace amount. “If, by chance, mom were to eat so much candy that the sour taste was concentrated in the amniotic fluid, it would not be harmful to the baby,” he says.

Halloween 2017 was legendary for me. I was pregnant, and while before I wasn't a sweets person, I definitely was then. I think I ate more Reese’s peanut butter cups that night than I had in my entire life. I paid for it, too, but my god was it delicious. As far as the amount of candy of any kind that is considered safe to splurge on Halloween, Abdur-Rahman says that generally, OB-GYNs recommend mothers-to-be eat sugar in moderation.

And don't panic about your sour candy love turning into gestational diabetes, either. It doesn't really work that way. “Diabetes is due to the body’s inability to properly respond to the hormone insulin, and sugar intake in no way affects this,” Abdur-Rahman says. “Eating too much sugar can however be dangerous if you already have diabetes or gestational diabetes. When you are diabetic, your body can’t clear sugar normally, which means it starts to build up in the bloodstream and deposit into major organs including the placenta.”

So whether the sour candy is helping your morning sickness or you're just a big fan of tying sour gummy worms together and eating them like a delicacy, go forth. Just remember that everything's good in moderation, and grab an extra bag on the Halloween discount rack.