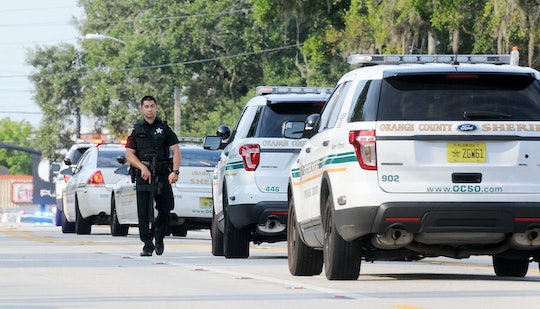 Is The Orlando Pulse Shooting The Deadliest Of All Time? Scores Of People Were Killed

As the fatalities rose on Sunday morning following a mass shooting at Pulse nightclub in Orlando, Florida, the reality of the situation began to fall into place. What began as 20 reported deaths escalated to 50 reported deaths and the scale of the shooting proved to be much larger than the media had initially reported. So is the Orlando Pulse shooting the deadliest of all time?

Yes. Yes it is. Currently, Orlando officials have reported that there are 50 dead and 53 people injured — making over 100 people victims of the deadliest shooting in the United States. The names of the victims have not yet been released but I'm sure we will be learning more about the fatalities as the official number of victims is confirmed.

But it is a known fact that the Orlando Pulse shootings are in fact, the deadliest of all time. While other shooting might have had more injuries associated with it, the combined injury and death total give the Pule shootings the label of the deadliest of all time. Before the early Sunday morning shootings, the highest casualty shooting of all time was the 2012 mass shooting in a Colorado movie theater, that left 12 dead and 58 people injured for a total of 70 casualties, according to The Daily Mail.

The second largest shooting, by death toll, was the mass shooting that transpired on the campus of Virginia Tech in 2007, leaving 32 dead. The record for deadliest shooting of all time was definitely not a record that needed to be broken or topped, with so many tragic fatalities that have taken place by the hands of gun men in our history.

According to The Washington Post, the people who committed the crimes on the list of the deadliest shootings of all time within the United States have something in common. 99 percent of the mass shootings were committed by males and all but five of the people involved in the shootings had obtained their weapons legally.

These numbers and this label of today's shooting in Orlando being the deadliest shooting of all time in the U.S. is sobering. It is absolutely heartbreaking that another shooting in the U.S. has occurred let alone one to obtain so many fatalities. I can only hope that a solution to this problem presents itself before another record is broken.