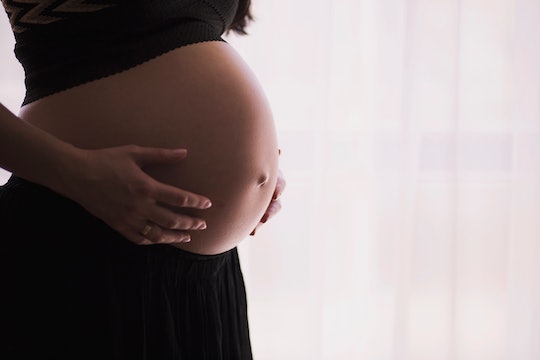 The British Medical Association recently sent out a set of new guidelines aimed at not offending transgender and intersex patients, and one particular guideline might surprise you. Is the term "expectant mother" offensive? According to the BMA, it's better to use the term "pregnant people," as it's more inclusive.

An important thing to note, as conservative sites hasten to condemn the "political correctness" of the news, is that the guidelines were released in a pamphlet intended solely for the organization's staff, and, according to the BMA, were not meant to apply to the 156,000 doctor members of the association or beyond (i.e., the organization is not saying that, for example, in your everyday life, you shouldn't refer to your friend, a pregnant cis female, as an "expectant mother").

The pamphlet was entitled "A Guide To Effective Communication: Inclusive Language In The Workplace." And according to the guidelines,

Gender inequality is reflected in traditional ideas about the roles of women and men. Though they have shifted over time, the assumptions and stereotypes that underpin those ideas are often deeply-rooted. A large majority of people that have been pregnant or have given birth identify as women. We can include intersex men and transmen who may get pregnant by saying "pregnant people" instead of "expectant mothers".

Although it's still rare, more and more transgender men are becoming pregnant, causing people all over the world to reevaluate what has traditionally been seen as solely a woman's domain. In 2016, Jessi Hempel wrote about her brother's pregnancy for Time, highlighting the fact that redefining gender norms in such a big and visible way can be scary.

When Evan texted me to say, "I'm pregnant!" I was excited for him, but also frightened. I thought about what strangers might say to my bearded, big-bellied little brother when he was nine months along. And I wondered, Would he be safe?

Hempel went on to highlight that, before his pregnancy, her brother had often felt uncomfortable around doctors who did not know how to treat him. It's a sentiment echoed by many trans people, as many doctors have either turned trans patients away, or expressed that they don't feel comfortable treating them. In a recent survey of endocrinologists, who are often essential in transgender care, about one third of respondents said they were unwilling to provide care for transgender patients.

And when it comes to transgender men and pregnancy, the research is limited, so it's likely that transgender men going through pregnancy feel isolated and alone. Kudos, then, to the British Medical Association for starting to acknowledge some valid concerns.