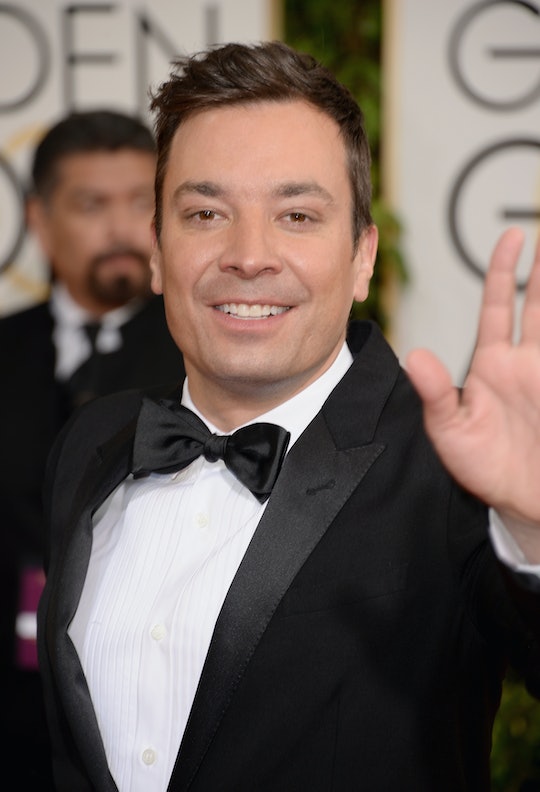 Jimmy Fallon Will Host The 2017 Golden Globes, & Here's Why He'll Be Amazing

The Golden Globes are always a fun night filled with amazingly dressed celebs and laugh out loud entertainment, especially if there's a good host. In the past, the Golden Globes has had some amazing hosts, most notably the amazing duo of Amy Poehler and Tina Fey, who hosted three years in a row. This year Ricky Gervais took up the mantle of host and next year the torch will be passed to The Tonight Show host, Jimmy Fallon, who has been tapped to host the 2017 Golden Globes.

Fallon, who's a close friend of Poehler and Fey from their time on Saturday Night Live together, will surely be one of the best hosts the Golden Globes has ever seen. His work on The Tonight Show is outrageously funny and he'll surely bring that hilarity to the Golden Globes next year. This also isn't Jimmy's first time hosting an awards show. He's been the host of the MTV Movie Awards twice and was the host of the MTV Video Music Awards in 2002 as well as the host for the Emmys in 2010. Jimmy knows how to command the stage and how to make a show fun and entertaining. Here's just a few clips that showcase why he's the perfect man for this job.