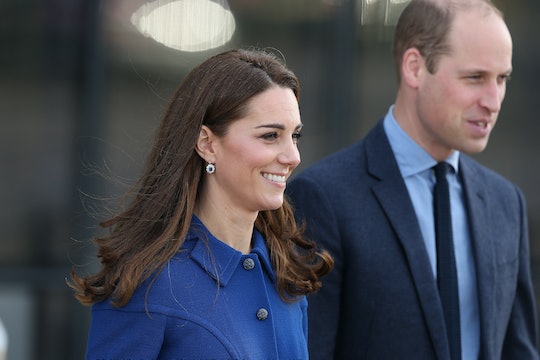 Kate Middleton and Prince William's relationship is so admirable. Since their wedding in 2011, people have fallen in love with their love and their relationship — and have loved to watch it grow over the years. So, people might be surprised to find out that Kate Middleton won't spend her whole birthday with Prince William for a completely understandable reason — and that reason is work related.

When duty calls, you answer it — especially when that duty is royal duty. So, it makes sense that Prince William would have work plans this upcoming week — because he is so devoted to his line of work and making royal appearances. But this means work getting in the way of some serious celebrations, like his wife's birthday.

On this Wednesday, Jan. 9, Middleton will celebrate her 37th birthday, according to Mirror, and she will be doing part of it without her husband. This upcoming Wednesday, Prince William has a very important engagement to tend to — he will be going to an event in honor of the 30th anniversary for London's Air Ambulance, according to Cosmopolitan.

It might sound like a small event to go to on such an important day in Middleton's life, but his reason for missing a little bit of her birthday is completely normal. Work always seems to get in the way of some big celebrations in everyone's lives. Who hasn't been in this position before?

But, the event doesn't last all day, according to Cosmopolitan, so it's very likely that they will be only spending a portion of the day apart from one another. So, it's just as likely that she probably isn't upset about this situation.

And it's not as if Middleton will be completely alone on her birthday. Not only will she be surrounded by her staff at Kensington Palace, but she also has her three children to hang out with. And this is a very special birthday for her, considering that this will be her first birthday spent with her 8-month-old son, Prince Louis, according to People. And it's not like there won't be some sort of party going on — it's likely that the family will all be together "for a small celebration" at night after Prince William's engagement, according to People.

This isn't a far cry from how Middleton spent her birthday last year, when she turned 36, according to Elle. The Duchess of Cambridge reportedly celebrated her birthday at home, "privately," with her husband and two kids (at the time). The celebration was reportedly "quiet," according to Elle, but that's not a bad thing at all. Parents know that once they have kids, their birthdays become the event worth celebrating, rather than their own birthdays. As much fun as it would be for Middleton to have a huge bash in her honor, it's just as likely that she has just as much fun having a low key celebration with her kids.

Considering that Prince William will be at work earlier in the day, it's understandable why the mom of three would have a small, relaxing party, surrounded by the people that are closest to her. Her family and a birthday cake is more than enough.

Although Middleton and Prince William's family might seem a little unlike your average family (especially since he's second in line to inherit the royal throne of the United Kingdom), a lot of their life is normal. They spend their birthdays with their kids, they have low key celebrations, and some family members even have to work (instead of spending the day with their loved one).

But this doesn't make Middleton's birthday any less special. It makes it all the more real.