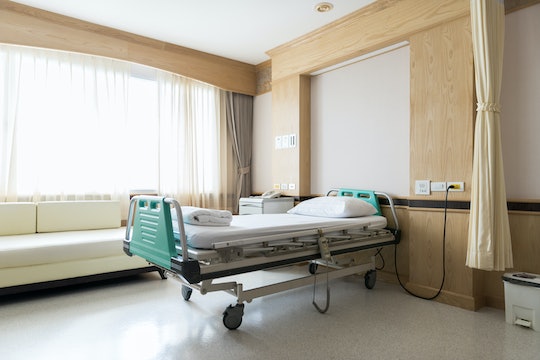 Here's What You Need To Know About The Strange Fungus Spreading Across The U.S.

While most parents are concerned about the measles epidemic hitting the nation, there's also a new superbug to worry about. And it's being deemed a serious global health threat, according to the Centers for Disease Control and Prevention. This mysterious fungus is spreading across the U.S., so here's what parents need to know.

More Like This
Survey: Just 30% Of Parents Would Get Their Kids Vaccinated Against COVID-19 Right Away
The FDA Has Authorized The Pfizer Vaccine For Kids As Young As 12
Vaccine Shedding Is Not A Thing, Experts Say
Vaccinated People Can Ditch Masks. Where Does That Leave Kids?

The culprit is called candida auris, a form of yeast that's been causing severe infections and hospitalizations, according to USA Today.

People at risk include those who've been hospitalized for a long time, have a central venous catheter, or recently finished taking anti-fungal or antibiotic drugs. Those with already-weakened immune systems are also at risk, according to the CDC.

Those infected can expect widespread harm to the body including blood stream, ear, and wound infections.

Fungal infections are relatively common, so what makes this one different? The CDC is concerned because candida auris is oftentimes misdiagnosed and therefore treated incorrectly.

If it is identified, it may be resistant to anti-fungal drugs that are typically used to treat candida strains. Lastly, the fungus spreads quickly, already causing a number of outbreaks in hospital settings.

"In this situation, multiple antifungal medications at high doses may be needed to treat the infection," the CDC said in a statement.

As of Feb. 28, there have been 587 confirmed cases within the continental United States, with the highest concentrations in eastern states, according to the CDC.

Over three hundred of those cases were seen in New York alone.

And it's just another example of the the rise of drug-resistant infections, according to The New York Times.

Candida auris doesn't discriminate, as it's been found in infants, the elderly, and everyone in between, affecting anyone with weakened immune systems, according to The New York Daily News.

Plus, it's incredibly hard to get rid of in a closed environment. After an elderly man in NYC was hospitalized and later died from the super bug, his room was covered with the germs, long after he left it, The New York Times reported.

"Everything was positive — the walls, the bed, the doors, the curtains, the phones, the sink, the whiteboard, the poles, the pump," Dr. Scott Lorin, president of Mount Sinai, told The New York Times. "The mattress, the bed rails, the canister holes, the window shades, the ceiling, everything in the room was positive."

The superbug is also hard to detect, because patients may already be sick to begin with, according to CBS News.

"Based on information from a limited number of patients, 30 to 60 percent of people with C. auris infections have died. However, many of these people had other serious illnesses that also increased their risk of death," the CDC said, according to CBS News.

One reason doctors think this is happening is antibiotics and anti-fungals are being prescribed all too often, and bacteria and fungi are simply adapting to in order to survive, according to The New York Times.

The best form of defense is always consulting with your general practitioner, and resist the urge to jump on the antibiotic bandwagon when it might not be necessary. As for the candida auris super bug, physicians and researchers are still trying to find ways to beat it before it causes any additional illness or death.