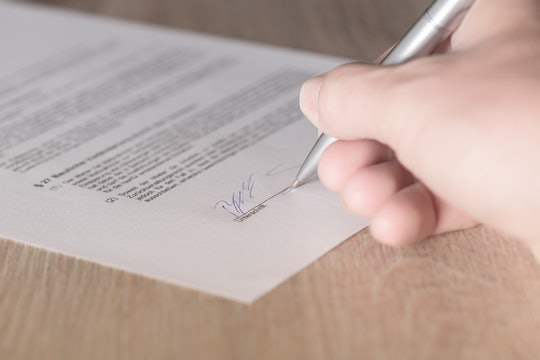 Survivors of sexual assault, rape, harassment, and stalking have long been fighting for their voices to be heard. And finally, it seems someone is listening. A new bill in the Nevada State Legislature is breaking ground on sexual assault survivors' rights in entirely new ways: As Rewire reported this week, a new Nevada bill permits victims of harassment, stalking, and assault to break their leases early, and it's major cause for celebration.

Monday, the Nevada Assembly passed A.B. 247, which "provides for the early termination of certain rental agreements by victims of harassment, sexual assault or stalking," per its summary. The bill was introduced March 1 and has since had little contest in getting passed. Now, the bill's passage serves as hope for survivors of domestic abuse, harassment, stalking, and assault, whose own path to recovery has been relieved of one more road block, as the bill's sponsor, Steve Yeager, insists. And while the technicalities of proving instances of abuse or harassment will surely be another battle, the bill's passing sets an important precedent for states everywhere to protect victims.

The real motivation here is to make sure that victims are not forced to stay in rental properties where they are not or do not feel safe. Poverty should not serve as a barrier to safety, especially when it comes to victims of these types of crimes.

As the bill stands, victims of these crimes would be able to break their leases without having to face any sort of monetary penalty. Usually, breaking a lease results in fines, fees, and potential lawsuits. But Nevada's new bill is ensuring that people who need to move don't have to go through anything else that would make their attempts at moving on any more difficult.

However, the bill isn't perfect. In order for victims to be eligible for the new measures, they must notify their landlord 30 days before leaving, and provide several documents, including, "a copy of a written report from a law enforcement agency indicating that the tenant, cotenant or household member notified the law enforcement agency of the domestic violence." That, or a written affidavit. Basically, victims would have to come forward to officials in order to be privy to the changes this bill has instated.

So while the new legislation certainly is a step forward in the right direction of victims' rights, it's not exactly perfect, just yet. Hopefully all of that changes soon.