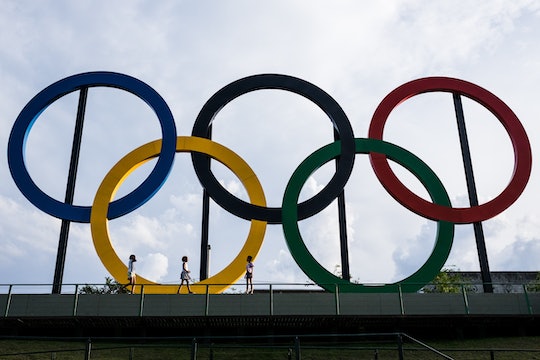 Olympic Guidelines For Transgender Athletes Just Got A Little Better

Sports are changing for transgender competitors. CNN reported that new guidelines released by the International Olympic Committee (IOC) stated transgender athletes may compete in the Olympics without sex reassignment surgery. Though this marks a significant development in athletic equality, the language of the document suggests that the IOC isn't treating approaching the difference between gender and sex with the right amount of sensitivity.

The IOC guidelines for transgender athletes were the result of the IOC Consensus Meeting on Sex Reassignment and Hyperandrogenism. Though the committee allows every country to have different rules for eligibility, its guidelines assert that sex reassignment surgery is not essential to promote fair competition. Athletes who transitioned from female to male are permitted to compete as men without meeting any additional eligibility requirements. Those who transitioned from male to female are required to have the same gender identity in competition (female) for four years and must have testosterone levels under a maximum of 10 nanomoles per liter. According to CNN, athletes identifying as transgender between 2004 and 2015 had to meet a much more complex set of standards in order to compete:

Transgender athletes have been allowed to compete at the Games since 2004 but only after surgery, having undergone a minimum of two years hormone therapy and being legally recognized as their changed gender.

Even if the IOC guideline changes make it easier for transgender athletes to participate in the Olympics, the requirements demonstrate a lack of understanding of the difference between gender and sex. According to the Gay & Lesbian Alliance Against Defamation (GLAAD), sex is "The classification of people as male or female" based on bodily characteristics. Gender identity is the gender one identifies with internally, and gender expression refers to the way one presents their gender identity externally. According to GLAAD, transgender identity is not based on physical changes:

Transgender is a term used to describe people whose gender identity differs from the sex the doctor marked on their birth certificate. Gender identity is a person's internal, personal sense of being a man or a woman (or someone outside of that gender binary). For transgender people, the sex they were assigned at birth and their own internal gender identity do not match.

By eliminating sex reassignment surgery requirements for transgender competitors, the IOC recognized that not all transgender individuals pursue surgery. GLAAD, though, pointed out that not all transgender individuals make physical changes that reflect their gender identity. Leveraging a testosterone requirement over athletes who transition from male to female suggests that hormone therapy is an essential step in the transition process. Though GLAAD could not immediately be reached for comment, the content on the group's website suggested it wouldn't agree:

The IOC took an important step into the future by making it easier for transgender athletes to compete in the Olympics. But in order to ensure full equality, more steps may need to be taken to make the Olympics accessible to all who are qualified but fall between requirements that seem to regulate and limit gender when they actually mean to make stipulations about sex or physiology.

More Like This
AAP Now Recommends Mothers Breastfeed For 2 Years Or More In New Guidelines
New Infant Safe Sleep Guidelines From The AAP Discourage Bed-Sharing
Keep Talking To Your Kids About Abortion — It's More Important Than Ever
What Exactly Are Minions, Anyway ?